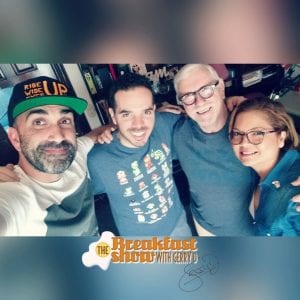 In the second hour it is a return visit by Andres Clemente joined by Joe Mezquita. The topic? Not movies today but theatre. Deep Fried comedy which starts tonight at the Plaza theatre in Obarrio.

In the final hour we have with us Diego de Obaldia and Aaron Zebede. Well advanced now is the ‘1903’  musical project. The story line being the events that evolved during the separation of Panama from Colombia, looked at from the various perspectives at the time. Listen to TBS we will keep you up to date on the progress of the show.

The Cabinet Council, the first presided over by President Laurentino Cortizo, approved on Wednesday, July 3, the proposed law that will eliminate the Panamanian Food Safety Authority (Aupsa) .

The Cabinet Council approved, the bill that modifies the Law on Public Procurement, which includes an article that would exclude companies with collaboration agreements or that have confessed to crimes.

The Minister of Commerce and Industries,  Ramón Martínez confirmed that the

Government will extend the price controls, but a meat cut will be taken, which he did not specify.

In addition to raising the benefit of preferential interest to homes valued up to $ 180,000, President Laurentino Cortizo proposes to exonerate the transfer tax on housing inventory and approve a leasing law (rent with the right to purchase) that makes it easier for young people to buy a house.

Rosendo Rivera, Ricardo Martinelli’s  former lawyer, told the trial court how he discovered that the former president had his communications intervened on and assured that when confronted, it was admitted that he had “wiretapped” him and apologized.

The acting director of the hemocenter, Carlos Montero, trusts that the new authorities of the Ministry of Health (Minsa) will continue with this project, which seeks to centralize blood donation in Panama, as a way to obtain safe blood components for the entire population, no matter where the patient is.