Thursday 4th May 2017. May the Fourth be with you! Tech and Movie Music. 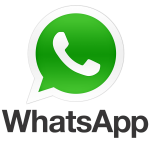 Dr Computer (Alex Neuman) is with us for a while in the first hour…. WhatsApp goes down internationally for two hours, long enough for people to suffer from withdrawal symptoms. Also a phishing attack on Goggle Docs.

In the last hour today a concert of movie music presented by the Panama Philharmonic Orchestra. Maestro Victor Mata conductor of the orchestra talks to us about the orchestra, his background and the events which is tonight and tomorrow night.

Due to a technical glitch there we no Canada report yesterday. But we do have it for you today,  thanks to Michael from the Great White North.

Evelyn Vargas, a lawyer who provides services for the supermarket chain Super 99 and the family of its owner, former President Ricardo Martinelli – has disclosed to the Public Prosecutor details of the family business.

Faced with the harsh criticism that has emerged from the public for the poor work of the Ministry of Public Works (MOP) in the maintenance of streets, avenues and highways, which the head of that entity dismissed in an interview, President Juan Carlos Varela vigorously defended his performance as “excellent.”

The Supreme Court has admitted a petition of constitutional guarantees that will prevent prosecutors from inspecting the bank accounts of Luis Enrique and Ricardo Alberto Martinelli Linares – children of former president Ricardo Martinelli – in the investigation of money laundering related to the payment of bribes by Odebrecht through banks in Switzerland.

The Court of Justice of Naples, Italy, set for May 18 a preliminary hearing in the proceedings followed by Italian Valter Lavitola and others for the alleged collection of bribes for the construction of modular jails in Panama during the Ricardo Martinelli government.

The Public Prosecutor’s Office has charged an officer of the Institutional Protection Service (SPI) with shooting a 22-year-old American tourist on April 28.

Panama received the visit of American actor and filmmaker Morgan Freeman, who was walking around Panama City and visited the indigenous Emberá community, located in the Chagres National Park.