Dr Computer (Alex Neuman) joins us for a little while in the first hour today. We take a look at a recent Microsoft events that took place. 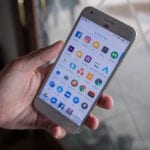 New phone being released by Google and fake texts. 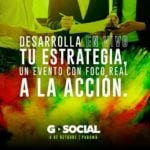 There is an event covering these topics at the Sortis Hotel tomorrow 6th Oct. Many experts are coming in not just to lecture but to help with practical workshops that will be set up. (for more info or to register click here)

The Supreme Court of Justice did not admit a criminal complaint filed by Yassir Purcait, former deputy of the Democratic Revolutionary Party (PRD), against Ricardo Martinelli for the alleged commission of the crime of calumny and insult

Attorney Guillermo Cochez filed a complaint at the Public Prosecutor’s Office, against Yesenia Rodríguez, director of the Institute for Training of Human Resources (IFARHU), as well as the scholarship director, the director of the Arraiján headquarters and the secretary general of the institution.

In the Yellow room of the Presidency of the Republic took place the tendering process for the design and construction of the fourth bridge over the Panama Canal.

The National Aqueduct and Sewerage Institute (Idaan) said in a statement that if the institution’s strike continues, it will lead to losses in excess of half a million dollars.

Yesterday, the Colombian Attorney’s Office detained four people, including an Ecuadorian citizen, as part of the worldwide investigation related to the so-called Panama Papers.

The National Hurricane Center is issuing warnings about the new Tropical Depression, which formed in the Panamanian Caribbean and moves north.

The vehicle bridge of Villa Lucre, on the José Domingo Díaz road, was reopened on Tuesday evening, after the replacement of one of its beams, reported the Ministry of Public Works (MOP).

The Technological University of Panama, announces two events with writers who have won literary prizes from the institution and whose winning books have been published by the UTP.