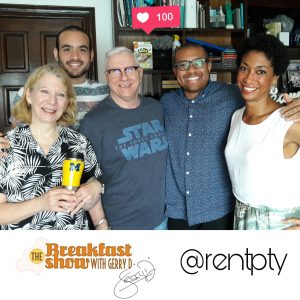 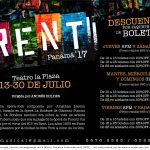 tarting on the 13th of July Rent the musical is starting at the La Plaza theatre in Obarrio. To give some background on the play and all involved in its production we have Andres Holder (Director), Odette Versailles, Roberto Thomas (Actors) and Stage Manager Nancy Uffner. Click the pic for more information.

The Anti-Corruption Prosecutor’s Office ordered the preventive detention of the public works ministers of the Ricardo Martinelli administration: Federico Suárez and Jaime Ford, for alleged peculation in the contract to build the La Chorrera-Arraiján highway in the amount of $152 million.

The Foreign Ministry reported that it finished preparing the statement of objections of the bid for the design and construction of the monument to those murdered and disappeared during the military regime (1968-1989).

The Public Prosecutor’s Office (MP) has carried out at least 200 DNA tests as part of investigations into the rape and murder of young American Catherine Johannet.

Three consortiums bid yesterday for the design and construction of the first stretch of the so-called beach corridor.

Hato Chamí, in the Ngäbe Buglé region, will be, on August 8 and 9, the scene of the National Congress of Indigenous Peoples from all over the country.

About six thousand dogs and cats will be sterilized by the Panama Mayor’s Office. The initiative is part of the agreement signed on Tuesday between the mayor of the capital, José Blandón, and representatives of the Spay Panama and San Francisco de Asís foundations.