Dr Computer (Alex Neuman) joins us bright and early this morning, topics include Vishing this is now a new trend of calling to extract information from you as opposed to email trickery. Always be aware of the info that you divulge and check those links in your emails. Also after the Tesla autopilot accident how safe are autonomous vehicles? 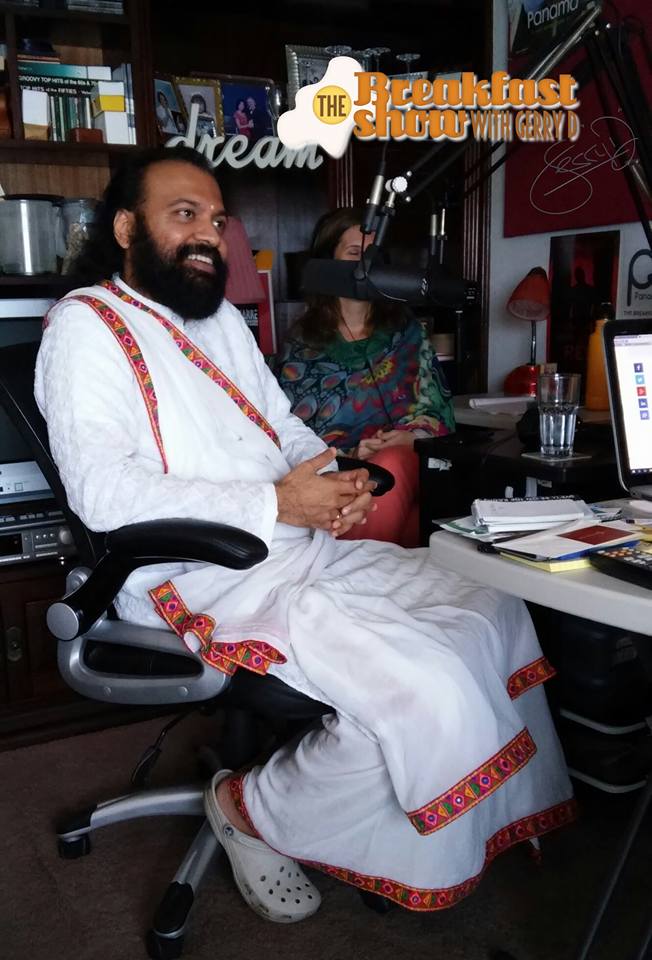 In the last hour today we welcome Rishi Meghal Takkar who is giving a number of talks and courses over the next couple of weeks, among which is a seminar called Happiness Express and Rishi Meghal, who by the way has higher education in pharmacy, will talk about the different ways to treat diseases in the traditional system of medicine in India, Ayurveda, compared to the modern Western system. Ayurveda is the science of the world’s oldest medicine, and is considered “sister” of yoga. It differs in that people holistically seeing is physical, mental and spiritual health of form related and interdependent. It focuses on wellness, prevention, proper nutrition and uses 100% natural remedies like herbs, massage and deep cleaning. For more information contact the Art of Living in Panama.

On Wednesday, President Juan Carlos Varela said that the message he sent in his state of the union address last week to the Supreme Court and officials of the judiciary has been received with “responsibility and concern.”

The Fourth Anti-Corruption Prosecutor reported that hearings were scheduled between yesterday and today for the three auditors of the Comptroller General of the Republic linked in the Institute of Agricultural Marketing (IMA) embezzlement case.

The discussion of the controversial law that would regulate health education in public schools has begun in the National Assembly.

Prosecutor Nahaniel Murgas of the Special Office for Gang Crimes, ordered the arrest of 12 members of the Martinesis gang, which operated in the province of Colon.

Social Security has changed its rules regarding the handling of its investment fund so that the board of directors will no longer have any control over it.

The Embassy of the Republic of China (Taiwan) in Panama invites you to participate in the “Test of Chinese as a Foreign Language (TOCFL)” examination.