Alex Neuman is with us as we talk Tech for a while. Phone screens is one topic. 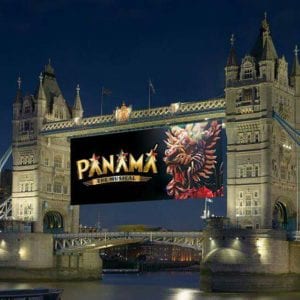 In the last hour today, what is due to be a great success for Panama “Panama the Musical.” Just back from a trip to London where one of the songs from the production was performed in the West End Rob Brown. Find out all about the journey so far and where from here and Oh yes… there are auditions coming up! More infomation… click the pics.

The candidates for the internal elections of the Democratic Change party (CD) have enjoyed electoral immunity since August 26.

The former candidate to the presidency of the Democratic Change party, José Domingo Arias, who faces a preventive detention measure for the donations made by the construction company Odebrecht to his election campaign, has been transferred to the Penitentiary Center El Renacer.

Judge Agueda Renteria, of the First Court, asked the Punta Pacifica Hospital “for information” about the discharge from the hospital, of former Director General of Revenue, Luis Cucalón, who has been hospitalized since September 7, 2015.

Former minister of the presidency, Demetrio Jimmy Papadimitriu, went to the Avesa building yesterday morning.  Papadimitriu said he does not want his family to be affected and that he went to the Public Ministry voluntarily to clarify any situation.

The directors of public and private schools that do not promote healthy food to their students at kiosks or cafeterias will receive an administrative sanction, said the Director of Nutrition of the Ministry of Education (Meduca), Flavia Fonte.

Officials from the Lease Department of the Ministry of Housing (Miviot) held an operation yesterday morning to detect clandestine housing in the Obarrio sector.

Due to Hurricane Irma in the Caribbean islands, Panamanian airline Copa Airlines announced that operations in that region will be affected today and tomorrow.

With a majestic goal by Gabriel Torres, on Tuesday night Panama’s football team took on a new air in its aspirations to qualify for the 2018 World Cup, by beating Trinidad and Tobago 3-0 and advancing to the third place of the hexagonal end of the Concacaf.