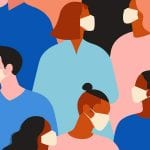 According to the figures revealed in the epidemiological report issued on Tuesday by the Ministry of Health (Minsa), the provinces of Herrera and Los Santos are the ones that have registered the most new cases of Covid-19 in the last two weeks. On the other hand, he explained that the regions that registered a decrease are those of Darién, Guna Yala, Bocas del Toro, Ngäbe Buglé, the Metropolitan region and San Miguelito. 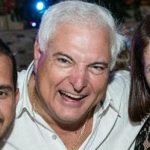 The 15 deputies of the Democratic Change bench (CD) – which promote an extraordinary internal convention to take the presidency from Rómulo Roux – met, from noon on Wednesday, July 7, with the former president and former member of said group, Ricardo Martinelli . “We came to visit our old partner, founder of the CD party. We have always recognized the leadership he has had within the party. We come to talk about the problems of the country, where we are heading. This visit is an act of solidarity with the former president who today has health problems, “said Deputy Yanibel Ábrego , general secretary of CD and Roux’s main adversary. 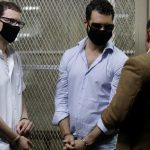 Deputies from different legislative benches formally presented a note to the president of the National Assembly, Crispiano Adames , asking the government of Laurentino Cortizo to “take an interest in the fate” of the brothers Luis Enrique and Ricardo Alberto Martinelli Linares , detained a year ago in Guatemala . “In the letter we ask that an investigative commission be formed, to find out the legal situation of the brothers, and bring them to Panama to be tried here,” Correa explained to La Prensa .

For the second semester of 2021, the Government decided to maintain the subsidy to the electricity tariff for customers that consume between 0 and 300 kilowatt hours (kwh) per month, while those that consume between 301 kwh and 750 kwh per month will receive an extraordinary contribution Due to Covid-19 until September. In the first case, the subsidy covers approximately 50% of the bill and in the second group the contribution is approximately 30%.

The General Directorate of Public Procurement (DGCP) ordered the cancellation of the report of the evaluation commission that reviewed the proposals received by the Panama Metro in the tender for the contract for the design of the tunnel that will use line 3 to cross the channel of the Panama Canal. .

In the month of September, the pending works should be completed within the project to rehabilitate the Transisthmiam highway, which was intervened along 7 kilometers between Plaza Ágora and the Metro station at the height of San Isidro, in San Miguelito. The head of the Ministry of Public Works (MOP), Rafael Sabonge , said this Wednesday, July 7, that the work is 95% complete, noting 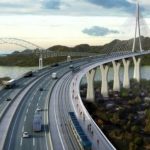 that the pending works are related to some segments of sidewalks and landscaping. He indicated that the plan is to plant trees along  the road. During the tree planting event yesterday morning, Sabonge referred to other projects such as the fourth bridge over the Panama Canal. He indicated that they are analyzing the redesign delivered by the contractor, while the Ministry of Economy and Finance (MEF) reviews the financing proposals delivered by the state-owned companies China Communications Construction Company and China Harbor Engineering Company, which in 2018 were awarded the project with a proposal of 1,518 million dollars.