Thursday 9th May 2019. You, me and the music. And of course and Internet rummage.

It is just the three of us this morning, you, me and the music. A bit of a tough morning. We lost Pepe the Parrot yesterday after 15 years of friendship.

The current legislation on the distribution of seats in the  National Assembly benefits larger parties.  This is how Osman Valdés, director of the Electoral Organization of the Tribunal Electoral expressed himself when asked about the protests and demonstrations that have taken place, mainly in the multi-member circuits.

Laurentino Nito Cortizo will be officially proclaimed as president-elect, today at a ceremony to be held at the Anayansi theater in Atlapa , at 7:00 p.m., reported the National Scrutiny Board (JNE).

The Uniting Forces Action Plan, the program with the main commitments of the candidacy of President-elect Laurentino Cortizo , includes reforming the institutional mechanism of the economic area.

Two new appeals were presented by the lawyers of former President Ricardo Martinelli, as part of his defense strategy in the trial that is followed for the alleged commission of crimes against the inviolability of secrecy and the right to privacy, and embezzlement. 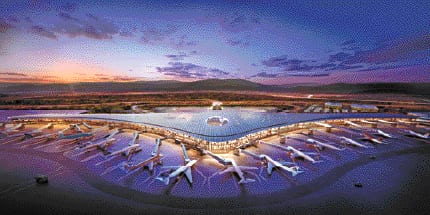 Ten days after it was inaugurated, the new passenger terminal at the Tocumen International Airport has leakage problems that became evident due to the rain that fell on the capital city.