Today we have Austin Hess with us from the Panama Good Times, we take a look at the latest edition and have a general chat about things that are good here in Panama. 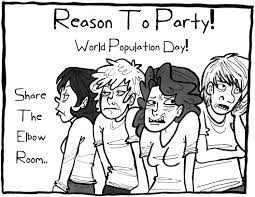 Today by the way is World Population Day, the figures are a bit disturbing to say the lease. In 1987 there was a population of 5 billion, in just 30 years that has risen to 7.5 billion. That is a 50% increase. If we thought global warming was a problem… watch out for the people!

At a cost of between $1,000 and $1,200 per square meter, and with ‘luxury finishes’, according to its environmental impact study, was built the new Nunciature with funds from the Panamanian state.

The new project on reforms to Law 22 of 2006 on public procurement, which the Executive will take to the National Assembly (AN), would include the non-contracting of companies convicted of bad practices abroad.

The Ministry of Education of Panama (MEDUCA) reported yesterday morning the suspension of school activities in some areas of Panama Oeste that were affected by an interruption of the electricity service.

The Government is considering removing the Sewerage Service from the National Aqueduct and Sewer Institute (Idaan), to make it part of the services of a public company that would be created to treat wastewater.

The formation of the standing committees of the National Assembly has taken a new turn after the Democratic Revolutionary Party (PRD) indicated to its deputies not to join the directive of these fifteen teams of the Legislative Body.

The Panama Canal Authority (ACP) said yesterday that in the first year of operations the expansion “contributed to a reduction of more than 17 million tons of carbon dioxide”, and reaffirmed “its commitment as a green and efficient maritime route”.

The General Directorate of the Penitentiary System (DGSP), in coordination with the Ministry of Health (MINSA) and the International Committee of the Red Cross (ICRC), trained 20 prisoners at La Joyita Penitentiary Center as Voluntary Health and Hygiene Promoters.