Panama registers 2,086 active cases of Covid-19 and in the last 24 hours after the Health authorities confirmed 136 new infections. The 136 new cases were confirmed after the application of 3,406 tests and the positivity is 4%. The Minsa reports a death due to the new coronavirus for a cumulative of 8,177, since the pandemic arrived in the country and a lethality of 1.1% is reflected. Of the 2,086 active cases, it is specified that there are 2,001 in home isolation; at home there are 1,988 and in hotels 13. Those hospitalized are 77 in the ward and 8 in intensive care.

The plenary of the magistrates of the Electoral Court (TE) rejected an appeal filed by the Realizing Goals party, which requested to modify its calendar of the internal election of the board of directors of the executive secretariats of Youth and Women, which were scheduled for April 24. The sentence of the plenary session indicated that the reasons on which the party based its requests “can be corrected in the development of the electoral calendar since there is enough time to execute the tasks that have not yet been completed.” The legal basis for the decision is found in articles No. 102 and 595 of the Electoral Code .

The First Liquidator Court of Criminal Cases summoned to trial the former director of the National Security Council (CSN) Gustavo Pérez and the former director of the extinct National Aid Program (PAN) Giacomo Tamburelli for the alleged commission of the crime of embezzlement in the investigation carried out by the loss of a surveilance machine. The court also granted a provisional dismissal in favor of former CSN head Alejandro Garuz. This after the Public Ministry did not file an accusation against him. 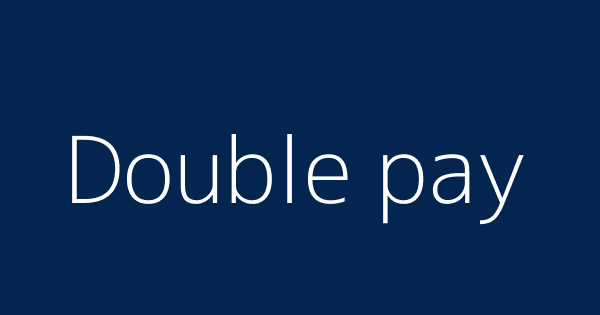 The controversial legal topic of paid leave, which allowed some local authorities to have two salaries from the State, is unconstitutional because it represents a jurisdiction or a privilege. This was unanimously determined by the plenary session of the Supreme Court of Justice , which settles a debate that in recent months has had as protagonists not only the local authorities, but also the deputies of the National Assembly and the Comptroller General ‘s Office. of the Republic , whose function is to monitor the proper use of public funds. The ruling, which responds to a claim of unconstitutionality filed in September 2021, is dated March 14, 2022. That is, two weeks before the majority of deputies of the Assembly’s Municipal Affairs Commission refused to eliminate this figure established in Law 37 of June 29, 2009 (decentralization).

The lawyer Roberto Ruiz Díaz, who promotes the revocation of the mandate of the mayor of Panama, José Luis Fábrega, presented this Monday a request to the magistrates of the Electoral Court to clarify whether supporting the revocation could be a cause to expel adherents

from parties. Ruiz Díaz appeared Monday morning at the headquarters of the TE, in Ancón, because people who want to sign the revocation of Fábrega fear that this will be used as grounds to expel them from their group. “I think it’s a well-founded fear, that’s why I’m going to ask the TE [to clarify] whether supporting the recall can be grounds for expelling a member of a party,” he said.

A group of citizens presented this Monday, a lawsuit before the Supreme Court of Justice (CSJ) against the construction process of the new seafood market. Luis Pinedo, from Consulta Ciudadana, said that the group filed the lawsuit against the construction of the new seafood market, in the coastal strip, because “this process violated many laws.” Pinedo explained that among the violations that he can mention is the one related to the endorsement in Panama Compras, “which does not exist.”