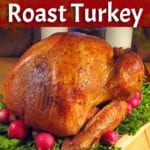 The Feisty Foodie (Sara Solomon) is back and today we talk Turkey. Brine, Deep fry, stuffing, temperature and many more is covered this morning as we get your ready for your Christmas Turkey dinner. Also the Feisty Foodie Rant…. Supermarket ice cream that has thawed and been refrozen… It does not work! 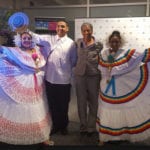 Colorado to Panama, four times a week. To talk about the new service and the attractions of Denver as a hub but also as a destination is Stacey Stegman  head of Communications and Publicity and Kim Day who is the CEO of Denver International Airport.

Ricardo Alberto and Luis Enrique Martinelli Linares, sons of former President Ricardo Martinelli, were stripped of the electoral immunity they had since last September, for participating in the internal elections of the Democratic Change party, held on October 15.

The former deputy minister of Social Development (Mides), Zulema Sucre must appear on trial on Friday December 15, as was set by the Sixteenth Criminal Court for the well-known ‘Gucci’ case. This court set an alternate date for the trial on December 21, 2017.

The old promise to deduct part of the salary of deputies who are absent from their seats has arisen again. The president of the National Assembly, Yanibel Ábrego, announced that next January she will present a preliminary bill.

As part of the activities programmed by the Centro Cultural de España-Casa del Soldado (CCE | CdS) within the framework of the 16 days of activism against gender violence, yesterday at 7:30 p.m., the 8th Political Film Festival inaugurated: ‘Directed by Women’, organized jointly by the CCE | CdS and the Experimental Group of University Cinema (GECU).