Tuesday 12th September 2017. Hospital Nacional, how it works and sugar with Yoly.

On today’s program, In the second hour our guest is Craig Morrissey Administrative consultant of the Hospital Nacional. Despite the implication of the name Nacional is a private hospital, starting as a modest maternity clinic it is now one of the leading hospitals in the republic of Panama and the only hospital in Central America that utilizes the Da Vinci robotic operating equipment.

In the last hour, it is Tuesday and Yoly is with us talking about the best way to take sugar, if there is one. Maple syrup, honey and sugar from fruit are a few suggestions. 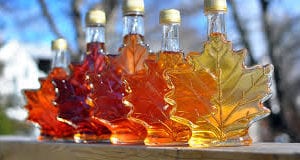 And a big thank you to Stephanie at Paraiso for bringing in a great breakfast!

The National Institute of Women (INAMU) expressed its rejection of the “disrespectful, chauvinistic and misogynist way” with which they have referred to the Attorney General of the Nation, Kenya Porcell, in the opinion article “The Catatumbo of Kenya Porcell”, published in the Sunday edition of the newspaper La Crítica.

The Tenth Criminal Court has suspended the preliminary hearing of the former Director General of Revenue Luis Cucalón, accused of alleged abuse of authority for ordering the blocking of bank accounts of Digicel, in 2014.

Yesterday, President Juan Carlos Varela advised that Panama began “an unprecedented assistance operation, establishing an aerial bridge for humanitarian aid”, to support those affected in the Caribbean by Hurricane Irma, now degraded to a tropical storm.

Starting tomorrow tickets will be sold for the Panama soccer match against Costa Rica, which will take place on October 10 at the Rommel Fernandez Stadium, closing Panama’s participation in the hexagonal qualifier of the CONCACAF, heading for Russia 2018.

During the ‘Panama Black Weekend’, which will take place from September 15 to 17, various folkloric and cultural activities will take place in the different malls of the city.