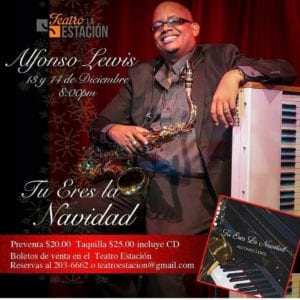 Musicians this morning…. In the second hour of the program it is Alfonso Lewis making a return visit. A multi instrument artist that all started with a Barbie Piano (his sisters). We chat about his work and the upcoming Christmas concert.

In the last hour we celebrate 150 years of the Banda Republicana de Panama. Johanna Rodriquez and Dayana Morales members of the band talk to us about its history the members and an up coming concert.

On Sunday, the Office of Communication and Press of the Archdiocese of Panama issued a statement in which it affirmed that the donation received by the Brazilian company Odebrecht and given voluntarily by it, as well as the rest of the donations that are provided to the Church, are subject to a report sent to the Directorate General of Revenues (DGI).

The pressure and citizens denouncement for possible damages in several protected areas of the country have put the Ministry of the Environment (MiAmbiente) under scrutiny.

Several people were seriously injured yesterday, after the bus they were traveling in overturned in the area of ​​El Volteadero in Coclesito.

Panama, despite being one of the fastest growing economies in Latin America, has lower results in the region in terms of the level of learning of its students.

The historic Teatro Amador, in Casco Viejo, will be the official site where the second edition of the Panama Fashion Film Festival will be held this November 27.