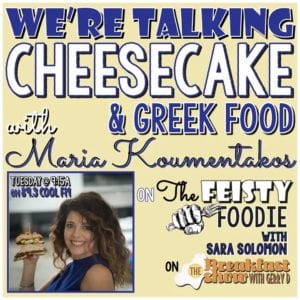 Tuesday is the day we are joined by our Feisty Foodie Sara Solomon from Solomons Deli. Sara brings in a guest today Maria Koumentakos who makes amazing Cheesecakes and Greek food which is our topic in the last hour today. 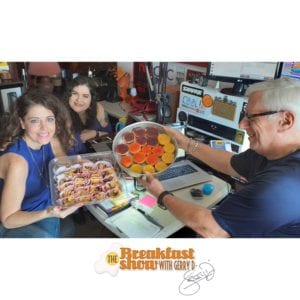 The National Scrutiny Board (NSB) will function in the building of the Latin American Parliament (Parlatino) in Amador.

The  Social Security Fund (CSS) changed to February 1 the receipt of proposals for the purchase of 38 lines of biological and biotechnological drugs for patients with critical, chronic and degenerative diseases, for the sum of $ 139.4 million.

Betting on  gambling totaled $ 1,998 million between January and November 2018.

With an investment of 4 million 975 thousand 373 dollars, the System of Emergency Management (SUME 911) launched a technological platform, with the objective of doubling the capacity for the reception of calls and data transmission.

From yesterday, January 14, the Panama Metro began the period of dummy testing of line 2.   That is to say, testing of the system, without passengers.

Panamanian authorities announced on Monday that there are 57 security action plans implemented for the celebration of the  World Youth Day  (WYD) in Panama.

With regard to the World Youth Day , the Public Prosecutor’s Office offered a series of recommendations to avoid being victims of crime.