In the last hours, Panama registered 483 new infections and 6 deaths from Covid-19, reported the Ministry of Health (Minsa) in the epidemiological report of this Monday, June 14. According to the daily statistics of the Minsa, the 483 new cases are the result of 6,778 tests applied for a positivity of 7.1%. In addition, it is specified that the number of active cases amounts to 9,533. With regard to deaths, the report details that in the last hours 6 deaths were registered and 1 from previous days is added. Since the pandemic arrived in the country last March 2020, 6,451 accumulated deaths have accumulated, for a fatality of 1.7%. In addition, of the 9,533 active cases in home isolation, 9,041 are reported; of which 8,626 are at home and 415 in hotels. Regarding hospitalized patients, it is reported that there are 492, of this total 426 are in the ward and 66 are in intensive care. 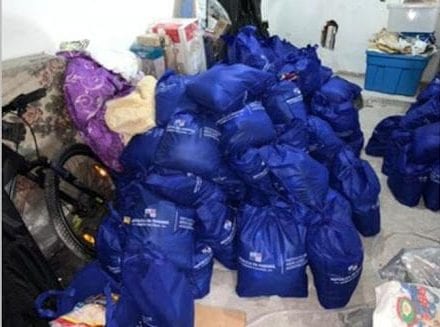 The Public Ministry (MP) confirmed, this Monday, June 14, that the bags of the Panama Solidario program that were confiscated in a San Francisco residence, at dawn on Sunday, were returned to the Ministry of Agricultural Development (MIDA). The action comes after the bags were already accredited as evidence by the Anti-Corruption Prosecutor’s Office, which is investigating an alleged embezzlement that follows an official of the Ministry of Public Works, the bags were found at his residence. A source confirmed that the person apprehended is Julio Caballero, a volunteer for the Panama Solidario program. It was reported that inside the house there were more than 500 bags with food and other frozen products, such as chickens.

The Attorney General of the Nation, Javier Caraballo , confirmed this Monday, that interviews have taken place with Denisse Vega de Murzi and Celine Gazal de Esses , organizers of two clandestine vaccination days, in which Matías Pérez Escudero, the only detainee, participated. and charged to date.

The Supreme Court of Justice (CSJ) admitted a lawsuit requesting that an article of the Internal Regulations of the National Assembly be declared unconstitutional , which empowers the deputies to summon individuals before this organ of the State. The lawsuit against Article 49 of Law 49 of December 4, 1984, or Internal Regulations of the Legislature, was filed by attorney Roberto Ruiz Díaz. This article states that any permanent commission of investigation of the deputies may “summon any person, natural or the legal representative of a legal entity, to render verbal or written statements, which may be required under oath, on facts directly related to the inquiries. let the Commission go ahead ”.

Exports in the first four months of the year reached $ 1.85 billion, an increase of 77.4% compared to the same period last year. Of the total amount, copper exports totaled 856.8 million dollars, which allowed, for the first time, Panamanian exports to exceed one billion in a four-month period