The daily death toll from the new coronavirus is decreasing in the country. For this Monday, September 14, the Ministry of Health (Minsa) reported 7 new deaths, for a total of 2,173 deaths from the virus.

The phase 2 clinical study of the German vaccine developed by the pharmaceutical company CureVac, to neutralize Covid-19, was resumed after the arrival in Panama of the doses of vaccines that will be applied to a group of volunteers.

Denis Cuesy , lawyer for Ricardo Alberto and Luis Enrique Martinelli Linares – detained in Guatemala since July – points out that there is no date for the extradition of his clients to the United States, whom he insists on recognizing as alternate deputies of the Central American Parliament ( Parlacen ), although they have never been sworn in or have held such positions. 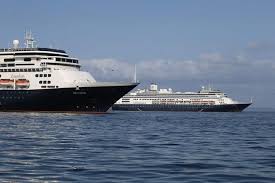 A clandestine grave was located on Monday, in the northern sector of the Ngäbe Buglé region reported the Public Ministry, the entity that is conducting an investigation by a sect that operated in the Agua de Salud sector, in the district of Ñurüm from that region of the country.

The Panama Maritime Authority (AMP) reported that this weekend, the technical staff supervised the transfer of 205 crew members both in the Pacific and the Atlantic, on ships of the Princess Cruises and Holland America Line companies of the Carnival Corporation; PLC, based on the requirements and instructions established by the Ministry of Health (Minsa).