Tuesday 16th August 2016. The art of Kenjutsu and the art of the Poutin. 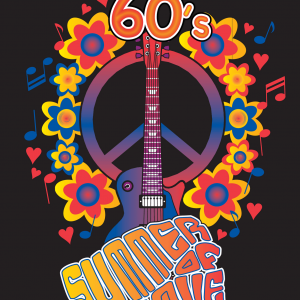 In the first hour of the program today it is all music from the early sixties, the likes of the Beatles, Elvis, Booker T etc.

In the second hour I have as a guest Steven Zoravor Sarkissian who is an instructor in the ways of Kenjutsu the art of Katana. Steven comes wearing the traditional gear and with a number of bokken which is a Japanese wooden sword used for training. It is usually the size and shape of a katana, but is sometimes shaped like other swords, such as the wakizashi and tantō. Some ornamental bokken are decorated with mother-of-pearl work and elaborate carvings.

And lastly today Yoly joins us with Sara Gremont from Solomon’s Deli. Perhaps Yoly is not too well today as we are talking about comfort food for example the Poutine, chips

with curd cheese and gravy, and delicious sandwiches with hand made sliced meat flown in from Canada…  Will we be able to turn Yoly in to a carnivore?

The last trip of the President of the Republic, Juan Carlos Varela, and his delegation consisting of 16 officials and the first lady of the Republic, Lorena Castillo, which began in Italy and concluded at the World Youth Day in Krakow cost more than $140 thousand.

Lourdes Castillo, a member of the board directors of the Panama Canal Authority (ACP), and entrepreneur Samuel Israel have admitted to being the signatories of companies that are being investigated by the Public Ministry for the payment of bribes.

The National Negotiating Medical Commission (Comenenal) rejected the creation of an authority that is dedicated exclusively to the purchase of medicines for public hospitals.

The Health Committee of the National Assembly must define in the coming days the fate of Bill 61, by which it intends to establish standards for Sexual and Reproductive Education.

As part of the “Controlled Flow” operation, the Government of the Republic of Panama announced yesterday the installation of two new humanitarian camps in the communities of Nicanor and Peñitas, in the province of Darien.

The new museum being built in the historic area of Panama Viejo will be inaugurated in January 2017.

During the International Book Fair to be held from today until August 21 at the Atlapa Convention Center, the company Mibus has reiterated that they will provide a special shuttle service with stops along the route.

The reforestation of the Panama Canal basin has resulted in the certification of carbon credits, an international mechanism for reducing the effects of greenhouse gases produced by the burning of fossil fuels.