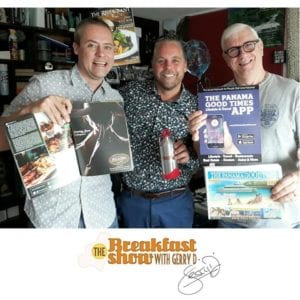 Austin Hess and Chris Young chat with us in the second hour today. We have spoken to Chris a couple of times from Boquete but today he is here in the big city. Austin has the new Restaurant magazine out and he and Chris are joint venturing a restaurant in Boquete “Boulder 54” which will be opening in June. 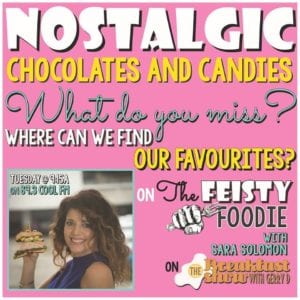 In the last hour as we do on a Tuesday it is the Feisty Foodie. Sara from Solomon’s Deli.  this week the topic is those chocolates and Candies that we remember from our youth and can you still get them? And where to buy Candy here in Panama City.

The Chamber of Commerce, Industries and Agriculture of Panama (Cciap) expressed its concern about the strike announcement of the Single Union of Construction Workers and Similar Workers (Suntracs) and civic organizations of the province of Colon, and warn of the adverse impact this will have on the economic performance of the country.

The Panamanian Association of Air Traffic Controllers (Apacta) asked the National Assembly to expedite the discussion of the bill that regulates the profession of air traffic controller, in the absence of ten working days for the closure of the current regular session.

Guillermo Ferrufino, former Minister of Social Development, attended this Monday along with five other people the First Court of the Criminal Circuit, for the preliminary hearing for the offense against the Economic Order in the form of Money Laundering.

The sale of 70% of Ricardo Perez, SA (RPSA), to the multinational Itochu, on Monday, the Perez Corporate Group (GCP) indicated that for the Japanese company it is about a opportunity to “materialize its vision in Panama” and be a reference in Latin America.

More than 300 students from the General Vaquilla Basic Education Center, located in Chiguirí Arriba, in Penonomé, received school supplies, food bags and toiletries from the China Assistance Center in Panama.