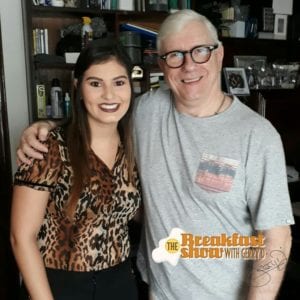 In the second hour today EPA are back with us, Samthem Orillac explains the social and cultural side of learning Spanish the fun way.

In the last hour, as we do on a Tuesday have with us our Feisty Foodie and today with a couple of guests Ricardo Baquero and Rosanna Marty. 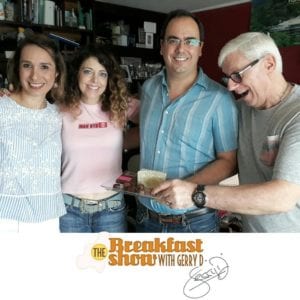 The topic Panamanian Chocolate, life does not get any better!

After a break of about three hours, magistrate Jerónimo Mejía resumed the indictment hearing against former Panamanian President  Ricardo Martinelli for allegedly spying on communications of at least 150 people, through the National Security Council (CSN)

The Attorney General’s Office and the Directorate of Judicial Investigation (DIJ) carried out an operation Monday, July 16, in which a commissioner and a National Police agent were apprehended for allegedly being involved in the escape of an inmate.

In the 13th Criminal Court of the First Judicial Circuit of Panama the hearing of the former Minister of Social Development Guillermo Ferrufino was suspended for the alleged crime against the public administration in the form of corruption of public servants due to the purchase of a Toyota Land Cruiser vehicle.

The Emergency Operations Center (COE) reported that it raised the warning notice to a green alert in Chiriquí, Bocas del Toro, Veraguas, Ngäbe Buglé and Colón.

After the landslides that occurred last weekend in the community of Cerro Punta, in the province of Chiriqui, the personnel of the  Ministry of Public Works (MOP) began Monday, July 16 the evaluation of the structure of the roads.