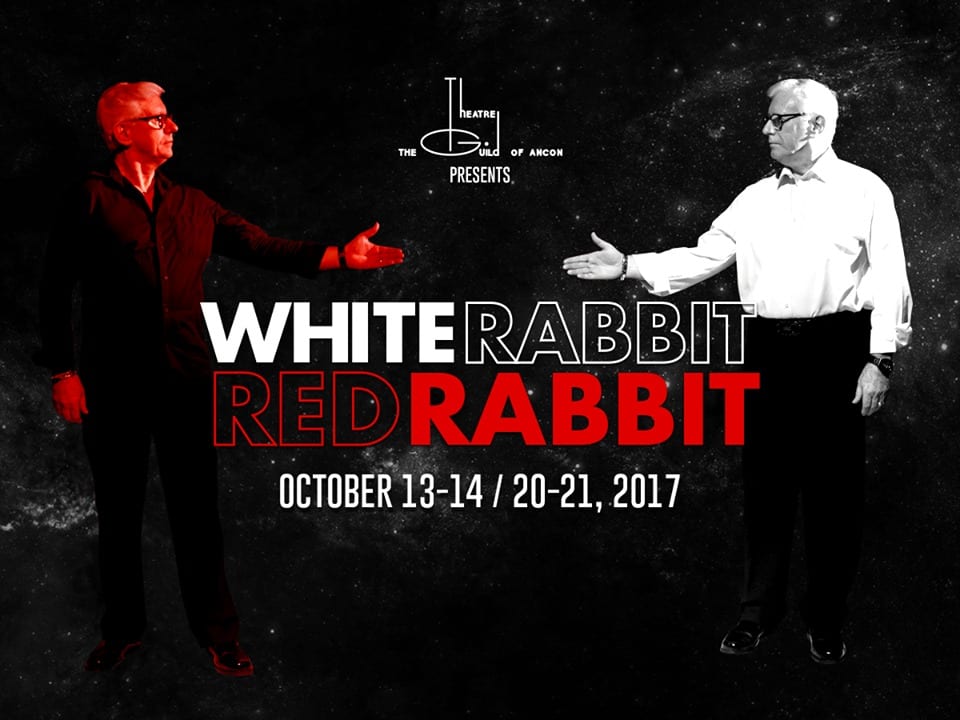 Our last look at White Rabbit Red Rabbit. Giancarlos  Benedetti will be performing on Thursday the 19th. I will be presenting on Friday and Simon Tejeira on Saturday the 21st. Get your tickets here!

President Juan Carlos Varela appointed Carlos Rubio as Minister of government, from October 16, 2017 until January 21, 2018, during the absence of María Luisa Romero for maternity leave.

The plenary of the National Assembly, approved yesterday night the return of bill 567 to first debate, which creates limits to the protected area in the district of Donoso, province of Colón.

The judge of guarantees Frank Torres decreed yesterday the provisional arrest of three people for the crimes of aggravated homicide, illicit association to commit a crime and against the economic heritage, to the detriment of two members of the National Police.

Daphne Caruana Galizia, a journalist and Maltese blogger who was key in the Panama Papers investigation, was murdered yesterday in Malta.

President Juan Carlos Varela announced yesterday that he asked the company MiBus to reduce the fares of the north and south corridor routes to 75 cents, which represents a 40% cost savings. Currently the tickets for this route are $1.25.

The Transit and Land Transport Authority (ATTT) has increased sanctions against “red devils” and “pirate buses” who do not have their approval.

The hearing in a case of human trafficking in Panama, and in which five people -three Chinese and two Venezuelans- were apprehended for allegedly being involved in the network, was suspended yesterday morning.

One thousand families from the districts of Ñürum and Müna in the Ngäbe Buglé region will receive the benefit of a new house from the Ceilings of Hope program of the Ministry of Housing (Miviot).