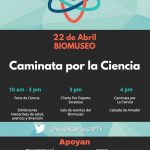 My guest on the program this morning is Dr Arturo Rebollón, epidemiologist. We chat about his career and what can be done to bring science to the forefront in the thinking of our young students that are pondering on their future. Coming up this Saturday is a special event being put on at the BioMuseo specifically to do that with a Science fair, talks and culminating in a walk on the Causeway.

We have our Tuesday healthy eating tip from Yoly and her receipe.

The Criminal Chamber of the Supreme Court overturned the ruling of the Second Court of Justice and instead sentenced the former director of the Social Security Fund (CSS), René Luciani, to 18 months in prison for the case of massive poisoning with diethyleneglycol.

The Supreme Court of Justice appealed through the publication of an edict in newspapers to notify former President Ricardo Martinelli of a charge imputation hearing.

The Urban Waste Authority (AAUD) fined the Presidente Remón Racecourse with $4,000 for the poor disposal of solid waste. It is the fourth occasion that the AAUD has fined the horse riding club.

The Criminal Court of Adolescents of the province of Colón ordered the preventive detention of the three minors involved in the attack where the soccer player Amilcar Henríquez and Delano Wilson died, Josimar Gómez was also injured. 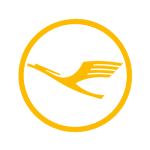 The Cabinet Council has approved a contract between the Panama Tourism Authority and the German airline Lufthansa to attract European tourists to Panama.