The report issued by the Department of Epidemiology of the Ministry of Health (Minsa) this Monday, May 17, does not report any deaths from Covid-19 in the last 24 hours. It is the second consecutive day without reporting any death due to Covid-19, while positivity in the country remains at 5%. However, the report highlights that a death from “previous days” is “updated”. So far, the total number of deaths from the virus in the country is 6,297. The number of new positive cases in the last hours is 268, for a cumulative total of 371,145. Of this last figure, 359,481 patients have recovered. According to Minsa, 5,358 tests were carried out in the last 24 hours. Active cases total 5,367. In home isolation, 5,004 are reported, of which 4,735 are at home and 269 in hotels. There are 363 hospitalized and 302 of them are in the ward and 61 are in intensive care units.

The Minister of Health, Luis Francisco Sucre , expressed on Monday, that the province of Chiriquí has ​​had difficulties to contain the increase in Covid-19 cases .”Until last Saturday, Chiriquí had dropped the percentage of positivity from 19 to 17, but for us it is a worrying positivity,” Sucre said. As “the virus continues spreading,” he recalled that some measures had to be applied to reduce mobility. That is, with the quarantine and curfew. Regarding these measures, the minister said that “we are evaluating whether we can adjust them.”

The vaccine advisors recommended to the Ministry of Health (Minsa) that people who arrive in Panama with a complete Covid-19 vaccination scheme and a negative PCR test from their place of origin, do not have to take another test and remain quarantined. Eduardo Ortega Barría, Vaccine Advisor for the Minsa and National Secretary of Science, Technology and Innovation, explained that the measure would apply to people with their complete two-dose vaccine schedule and having completed 14 days from having their second dose. In addition, they specified that the measure would not apply to all travelers arriving in the country, but to those who come, for example, from Europe, Israel, the United States, England and perhaps Canada, where there is a high percentage of vaccinated people and where you can trust the standard vaccination card that those countries are using. 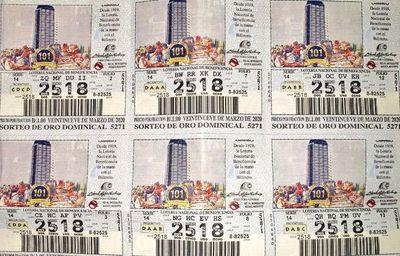 The Panamanian Chamber of Hydroelectric Generators (Capageh) warned that if the energy supply contract of the Panama NG Power thermal power plant persists, “the rates paid by all the distribution companies customers will be substantially more expensive, as the contracted price is higher than the current rates ”. An attempted theft of cables left about 120 thousand customers of the distribution company ENSA without electricity for approximately 10 minutes, located in the areas of Río Abajo, Parque Lefevre, Pueblo Nuevo, Monte Oscuro, Costa del Este, San Miguelito, among others.