The epidemiological report of the Ministry of Health (Minsa) , from this Monday, reports 184 new infections of Covid-19 , in the last 24 hours. To detect the new cases, 3,385 tests were applied, which showed a positivity of 5.4%. The report indicates that no deaths from this disease were recorded, so the death toll remains at 8,179 deaths. Active cases total 2,302, of which 2,220 are in home isolation and 82 hospitalized. Those in isolation are divided into 2,200 at home and 20 in hotels. There are 72 patients hospitalized in wards and 10 in the intensive care unit (ICU).  Districts with the most cases:  The Minsa announced that the districts that reported the most cases are: San Francisco and Betania in Panama City with 16 and 13 cases, respectively; David, Chiriquí with 10 and Rufina Alfaro in San Miguelito with 6 cases.

The Minister in charge of Health, Ivette Berrío, confirmed this Monday that the epidemiological reports on Covid-19 register an increase in cases in some sectors of the country. Berrío explained that despite the increase in infections in some areas, the admission of patients to hospitals has not increased, which keeps the authorities somewhat calm. “Since it was announced that in open areas it is possible to travel without a mask, only maintaining the required distancing, it is the responsibility of each citizen to protect themselves to avoid more infections,” said Berrío.

The Ombudsman, Eduardo Leblanc, announced that today, April 19, he will present the report on the complaints of alleged sterilizations in the Ngäbe Buglé region. Last February, indigenous people denounced supposed surgical procedures of salpingectomy in the region, without due consent. “On Tuesday we are going to publish the sterilization report,” Leblanc said. “We made a call through the media and only one person showed up,” Leblanc said. On February 20, personnel from the Public Ministry and the Ombudsman went to the areas where the allegedly affected people were. On that occasion, the Ombudsman’s Office reported that they were unable to speak with any of the alleged victims, since the community did not allow the Public Ministry to enter. Then, on February 23, the General Directorate of Public Health of the Minsa indicated that “there is no documentation or information” on salpingectomies performed without authorization on patients at hospitals in Bocas del Toro, Chiriquí, Veraguas and the Ngäbe Buglé and Guna Yala counties

The Administrative Council of the Judicial Career which governs the Judicial Branch approved the calendar of activities for the evaluation of judges and magistrates at all levels and jurisdictions for the period 2022-2023. This is one of the core steps established in Law 53 of 2015, which created three careers: judicial, public defense, and judicial administrative. On March 22, 2022, through an agreement, the Administrative Council of the Judicial Career, chaired by Judge Abel Augusto Zamorano, announced the start of this process that seeks to guarantee “equal opportunities for all evaluated and due publicity and transparency”.

The Ministry of Foreign Affairs, led by Erika Mouynes, reported that at least 20 countries have confirmed their attendance at a regional meeting on migration to be held from April 19 to 20 in Panama and will include the participation of the head of US diplomacy. Antony Blinken. “For more than a year we have been working with the United States and other important American partners to find common ground and areas of articulation to address this phenomenon and avoid an unprecedented humanitarian crisis in the region,” said the chancellor. In addition to Blinken, the Secretary of Border Security, Alejandro Mayorkas, will participate.

When the beginning of the process of collecting signatures approaches -on April 20- to revoke Mayor José Luis Fábrega , he resorts to the Electoral Court (TE) to clarify if tables will be installed throughout the country. The request was made before the Regional Directorate of Electoral Organization of Central Panama of the TE, which on March 3 admitted the revocation process after a request from lawyer Roberto Ruiz Díaz dated February 22, 2022. Fábrega says he has information to the effect that signature collection centers will be installed throughout the country. If such a thing were true, he adds, it would be illegal, because only voters from the district of Panama can participate in this process. 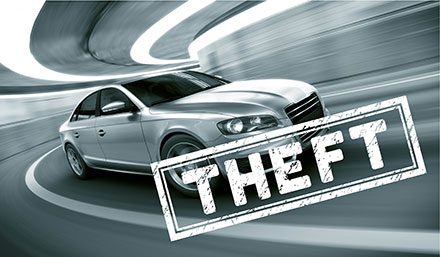 How car thieves manage to rob their victims of their vehicles. Three weeks ago Luz María witnessed it. She decided to buy a used car directly from the owner through the Internet. They quickly agreed to sell to her: she gave him $6,500 dollars and he gave her the car, a copy of a key and all the vehicle papers. In a couple of days he would give her the other key. 48 hours later, she parked in the same shopping plaza where she made the transaction, her place of work. But when she left, her car was gone. When reviewing the security cameras of the premises, the authorities observed that two men opened the car with a key and left. At the Judicial Investigation Directorate they informed that they located the car, which was driven by a man who showed legitimate documents. On the other hand, all of her papers -vehicular registration and notary documents- were false. She lost $6,500 and only enjoyed the car for a couple of days. The Police told her that two more people had filed similar complaints regarding the same car, so the investigations continue.