The Ministry of Health (Minsa) reported that in the last 24 hours two people died from coronavirus, so the accumulated number of deaths in the country amounts to 7,294. Meanwhile, 131 new infections are registered, after the application of 3,096 tests (positivity of 4.2%). Active cases total 2,315. In home isolation, 2,111 are reported, of which 2,020 are at home and 91 in hotels. The hospitalized number 204 and of them 161 are in the ward and 43 in the intensive care unit (ICU).

As of October 28, the authorization of capacity of 100% vaccinated against the Covid-19 disease will begin to govern in the premises that previously request the corresponding permit. The deputy director of the Metropolitan Health Region, Yamileth López, explained that the administrators of the premises and companies who wish to have the capacity of 100% must fill out the application form and deliver it to the Regional Health Directorate.

The “Mesa Ciudadana”, a citizen group in defense of democracy, called on the general public to support the call for a march that will begin at 4:00 pm tomorrow Wednesday, from the Porras park towards the Cathedral. This, in rejection of bill 544, on electoral reforms, which was approved in the National Assembly, despite multiple citizen questions. The call for union groups also includes causes such as the defense of the Social Security Fund and a halt to corruption in all spheres, issues that should unite all sectors, said the “Citizen group” in a statement.

Project 544, on electoral reforms, was approved in the third debate last Friday, as announced by the Secretary General of the National Assembly , with 50 votes, 3 against and zero abstentions. In other words, 18 deputies decided not to vote or were absent from the plenary session. However, at this point it is not known exactly how each deputy voted on Friday in the third debate.

The magistrates of the Electoral Tribunal (TE) will ask the President of the Republic, Laurentino Nito Cortizo to veto bill 544, on electoral reforms, which was approved last Friday in the third debate by the plenary session of the National Assembly. In addition, they said that they will demand some articles approved before the Supreme Court of Justice . 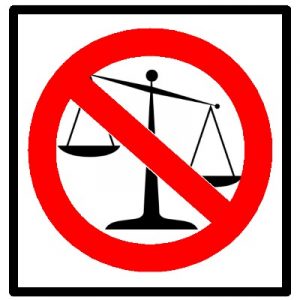 A draft ruling of 50 pages in length prepared by the Supreme Court Magistrate Cecilio Cedalise, would declare as unconstitutional an “oral decision” dated July 4, 2018, by the then Magistrate Judge of Guarantees Jerónimo Mejía. That decision by Mejía rejected a challenge to the technical defense of the former president of the Republic, Ricardo Martinelli Berrocal , and that questioned the holding of an accusation hearing in the case of the wiretaps without first making an accusation

Judicial authorities now have a new tool to combat the growing wave of sexual abuse crimes. This is the National System for the Official Registry of Sex Offenders , which will record detailed information on persons of legal age who are convicted, by means of a duly executed sentence, for crimes Against Freedom and Sexual Integrity and its various modalities, that serve as a query database.

The Comptroller General of the Republic announced that as of yesterday the payment of alimony will be credited through debit cards (Clave) of the National Bank of Panama in the interior of the country. It was reported that the regions where the cards requested by the beneficiaries will be delivered, according to the payment schedule, will be Bocas del Toro, Coclé, Colón, Chiriquí, Darién, Herrera, Los Santos, Veraguas, Panama and Oeste Panama.

On Monday, October 18, the National Commission for Civic and Morals Values ​​launched the crusade for the rescue of civic and moral values. The initiative is led by the Lions Club of Panama and has the support of the Chamber of Commerce, Industries and Agriculture of Panama (Cciap),