Tuesday 21st March 2017. Women’s Circles, a get together for Expat ladies.

We have with us in the second hour this morning Mia (Amanda) Valentina and Amanda Rebeca. We find out about “Women’s Circles” a group with the aim of bringing together expat women to not just have a good time but to see what can be done for the benefit of 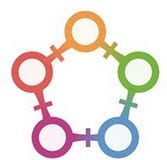 society. An example is the upcoming Movie Star Night which will benefit Hogar Maria Guadalupe. Click the pic to visit the Facebook page.[/vc_column_text][/vc_column][vc_column width=”1/2″][vc_column_text]The News:

Saying there is a “substantial amount of money involved,” Special Anti-Corruption Prosecutor Tania Sterling has defended her decision to issue a provisional arrest warrant against Ricardo Alberto and Luis Enrique Martinelli Linares -the children of former President Ricardo Martinelli- as part of the investigation related to bribes paid by Odebrecht through Swiss banks.

The Authority for Consumer Protection and Defense of Competition (Acodeco) together with the Ombudsman’s Office, will initiate proceedings against the restaurant Brava Pizza & Espuma after a discriminatory incident was made against four young players.

The government’s plan to reconfigure the lanes on the Corredor Norte and Corredor Sur will cost $25.6 million.

After four years of continuous deterioration of trade in the Colon Free Trade Zone (FTZ), in the first month of 2017 trade in the main free zone of the country showed signs of economic recovery.

Tocumen, S.A. has started the process of seeking a vendor to sell jet fuel at the airports it operates.

The Mayor of Panama seeks to unify policies and actions aimed at protecting the environment and sustainable development of the city through the participation of civil society, the business sector, local government and state institutions, the mayor’s office said in a statement.