The Ministry of Health (Minsa) reported this Monday, September 20, that in the last 24 hours, 152 new positive cases of Covid-19 were detected , after the application of 3,536 tests (4.2%). In addition, in the last hours 4 people died from the respiratory virus, so the accumulated number of deaths amounts to 7,176. According to the epidemiological report, in Panama there is a cumulative 464,440 cases. Active cases total 3,958. In home isolation, 3,665 are reported, of which 3,501 are at home and 164 in hotels. The hospitalized number 293 and of them 225 are in ward and 68 in intensive care units.

The Metropolitan Health Region reported that as of this yesterday, two shopping centers in the capital city are enabled to continue with the vaccination process against Covid-19. It is specified that in the Alta Plaza Mall and Dorado Mall the first and second doses will be applied from Monday to Saturday from 9:00 a.m. to 5:00 p.m. it is pointed out that in the Mega Mall, which has been operating for months, the hours are Monday through Friday from 7:00 am to 3:00 pm

The decision to apply a third dose of the vaccine against the Covid-19 disease, from the pharmaceutical company Pfizer / BioNTech, to immunosuppressed patients and adults over 65 years of age in the country, is in the hands of the President of the Republic, Laurentino Cortizo . The authorities of the Ministry of Health presented the proposal to the President yesterday at the weekly meeting of CONVacunas (National Vaccine Commission), after an advisory committee of the United States Food and Drug Administration (FDA, for its acronym in English) approved on September 17 a third dose of the vaccine against Covid-19 for people over 65 or people at risk. The Minister of Health, Eyra Ruíz, said that if the President approves the third dose, it could be applied in a matter of days.

The National Assembly and the Tribunal Electoral  (TE) reached the first consensus at the technical table that was installed this Monday, to review the changes to the electoral reform bill. Magistrate Heriberto Araúz , president of the TE, explained that progress has been made on six points of the document prepared, in which the setbacks in electoral matters are considered, after the approval in the first debate of the first and second block of the draft Law 544 by the ruling bench in the Government Commission. Araúz stressed that there is good will of the Assembly deputies to reconsider some issues that –in the opinion of the TE– are considered as a setback and that were approved in the first debate 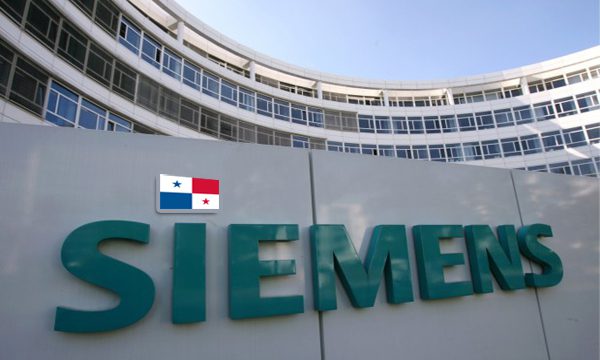 The preliminary hearing scheduled for this Monday, for alleged money laundering, in a process initiated in 2016 related to the activities of the defunct firm Mossack Fonseca, was postponed to next November 22, because three of those investigated presented various excuses. This case, which began with the publications of the International Consortium of Investigative Journalists (ICIJ) , is related to the alleged concealment of illicit funds from executives of the German company Siemens .

The Second Criminal Liquidation Court set for next Friday, September 24 at 10:00 am the ordinary hearing within the criminal process followed by José Carrizo Mérida, legal representative of the company In House Advertising, Inc. and Aida Tejada Garagate, former head of collections for Corporación La Prensa, SA (Corprensa) , for the alleged commission of the crime of aggravated fraud to the detriment of that publishing company. The alleged scam committed by Tejada and Carrizo is for the amount of $ 2 million.

The issuance of 1,855 million dollars that Tocumen SA made at the beginning of August, gave it the financial breathing space that the air terminal needed to continue operating in the midst of the respiratory pandemic of the coronavirus caused by Covid-19. In addition to refinancing the maturity of the debt that exceeded 1.3 billion dollars, Tocumen protected the cost of its operations and the payment of its liabilities in the short term. This was highlighted by the BRC Ratings – S&P Global SA agency at the end of August in its periodic review of the financial situation of the state-controlled airport company. In its review, BRC Ratings withdrew the negative outlook it had assigned to Tocumen last April and reaffirmed the BBB rating.

The Star Breeze cruise ship, of the American line Windstar Cruises that operates small luxury cruises in Europe, the South Pacific, the Caribbean and Central America, inaugurated the cruise season in Panama 2021 – 2022, which embarked 1 officer and 5 Panamanian crew in the port of Cristóbal, province of Colón.