Tuesday last hour, that means healthy things with Yoly de Sedas. Today two additional guests Josi and Amanda from Women’s circles. With all sorts of events structured around empowering women including a party this coming Thursday. Find out more here. 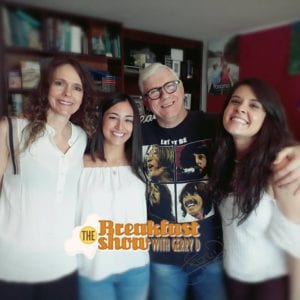 The former Minister of Economy and Finance (2009-2014) Frank De Lima was taken yesterday morning to the Anti-corruption prosecutor’s Office for an questioning.

So far this year, 13 ministries have spent a total of $6.2 million to pay for travel abroad for their ministers and officials. This was stated in the transparency records, published on the different entities’ websites.

Rómulo Roux and José Raúl Mulino, members of the governing board of the Democratic Change (CD) party, met urgently with the Electoral Tribunal (TE) magistrates.

More than 500 homes were partially affected by heavy rainfall over the weekend in the Panamanian capital, as confirmed by the director of the National Civil Protection System (Sinaproc), José Donderis, yesterday.

The director of the National Civil Protection System (SINAPROC) José Donderis confirmed on his Twitter account that members of the Joint Task Force (FTC) found the body of the two missing children in the community of Kuna Nega.

Residents of at least five homes must be relocated as a result of the damage suffered from the bad weather that has hit the country in the last hours.

From today adjustments will start being made to Domingo Diaz Avenue, for construction works of the Villa Lucre station of line 2 of the Metro.

The Board of Directors of the Museum of Contemporary Art of Panama gave Danilo Perez the Award for Excellence in the Arts.

“Panama: The Musical” will be the first musical about Panama written in English, created to attract tourists from Canada, the United States and Europe and boost the talent of Panamanian actors.