Feisty Foodie Sara is back with us this morning but an hour earlier, Also joining us is Julie from Uber Eats which is being launched in Panama tomorrow the 25th. We find out how it works, what it entails 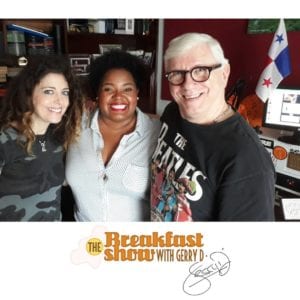 from the restaurants perspective and also the user. Download the Uber Eats app from the Playstore or from IOS. And to get 30% of your first order use the code EATSPANAMA. 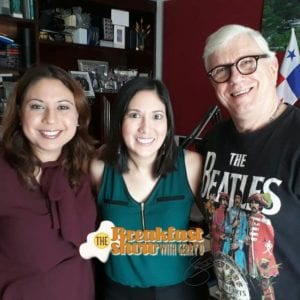 In the last hour today, do you believe that Maths can be fun! Of course not, well not until today. My guest Dra Jeanette Shakalli shares her enthusiasm for problem solving and life using mathematics. Join us it may open your eyes.

The anti-corruption public prosecutor, Tania Sterling , asked to call to judgment 16 people during the hearing for the case of the supposed embezzlement in the Savings bank, which took place this Monday 23 of July in the Fourteenth Court .

The deputy and current independent presidential candidate  Ana Matilde Gómez warned on Monday July 23 that after participating for several days in the process of justification of signatures for the candidates for application, work which is done by the Electoral Tribunal (TE) , some irregularities could be observed.

The judge of the Electoral Tribunal (TE) , Eduardo Valdés Escoffery , made it clear that although the debates are convenient during an electoral process, the organization of these at the primary or internal level is a decision that is in the hands of the political parties.

Early on Monday, July 23, a group of drivers on the highway Arraiján-La Chorrera, West Panama, used their flashing lights to protest the two, three and four hours that they have to remain in the traffic jams.