The Ministry of Health (Minsa) reported this Monday, that the reported cases of coronavirus in the country exceeded 155 thousand and in the last 24 hours 16 new deaths were reported.

According to the epidemiological report, 137,004 have been recovered to date. And for this Monday, 875 new positive cases are reported, after the application of 6,902 tests, for a percentage of positivity of 12.7%.

Meanwhile, the total number of deaths due to the virus amounts to 2,973 (fatality of 1.9%)

A total of 10 patients with Convid-19 have already been transferred to the facilities of the Figali convention center, which were conditioned to care for those infected with the virus.

In the midst of the weekend operations, in which people and businesses were detected not complying with biosecurity regulations to stop the advance of Covid-19, the director of the Metropolitan Health Region, Israel Cedeño, said that a small group it is affecting all the work that is being done.

The Supreme Court of Justice (CSJ) was presented on the morning of this Monday, a demand for nullity for the approval of the Cabinet Council of 22 million dollars for the payment of payroll in the National Assembly. The lawsuit was filed by the political leader and former presidential candidate Ricardo Lombana at the headquarters of the CSJ in Ancón. 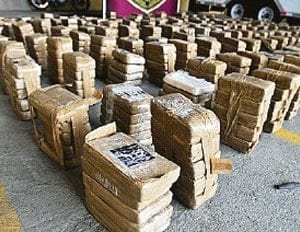 Drug trafficking to the United States, through Central America, has managed to keep pace despite the Covid-19 pandemic, Panamanian authorities warned this Monday, after presenting 1.7 tons of cocaine seized in the Caribbean.

The project for a new National Oncology Institute (ION) is progressing slowly. So far it is known that it has land 200 meters from Ciudad de la Salud , in Clayton, Ancón, while the Ministry of Health (Minsa) updates its functional medical plan to first tender its design and then its construction.

Patients from the Social Security Fund (CSS) are waiting for the necessary protocols to undergo kidney transplants that they have been waiting for months to complete. Since the Covid-19 emergency began in mid-March, the National Transplant Program was suspended throughout the country.