Yoly de Sedas comes in during the last hour, this weeks topic “natural ways to boost your immune system.” In the meantime my own research discovers the health benefits of cherries. 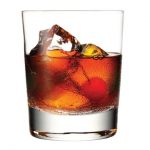 They recommend a daily intake of 14. They normally put a cherry in my Manhattan so this should not be a problem!

President Juan Carlos Varela assured that those works that will be pending conclusion after his administration, “were well contracted and at the correct prices.”

Former Panamanian President Ricardo Martinelli, arrested in Miami on June 12, filed an “emergency” petition with the US Supreme Court, in which he points out that a judge’s refusal to release him on bail is “a violation “of his rights”.

The Second Superior Court of Justice favored the former Director of the National Assistance Program (PAN), Rafael Guardia Jaén, with a change of precautionary measure: from preventive detention to restriction from leaving the country without judicial authorization and the obligation to report each month.

The investigation that was scheduled to take place yesterday with Gustavo García de Paredes before the Anti-Corruption Office was suspended, announced his lawyer, Eduardo Sequeira, who went to the Avesa building yesterday morning to make the notification.

A high-level business mission from China arrived in Panama to learn about business opportunities on the isthmus, just over a month after both countries established diplomatic relations.

All interest rates are increasing in Panama, which is equivalent to an increase in the financial cost for individuals and companies.

Several organizations related to health declared a state of alert due to what they consider a “direct interference” by the Executive in the internal affairs of the Social Security Fund (CSS).

A group of six young Panamanians, students of the San Vicente de Paúl College (Veraguas) and the San José Episcopal Institute (West Panama), will represent the country in the world’s most important robotics competition: RoboCup 2017, which promotes research in robotics and artificial intelligence.