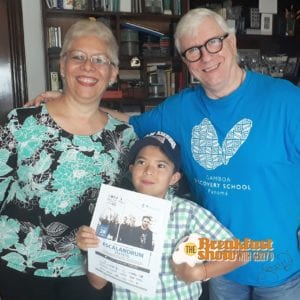 In the last hour, David Garcia (Pianist) and Margarita Troetch are with us in the studio. David who is Autistic and only 10 years of age is going to open the concert on Thursday. It is the next in the series of World Music Concerts. This time Escalanderum Sexteto from Argentina. 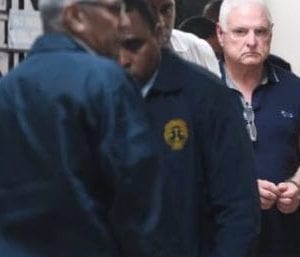 Ex-president  Ricardo Martinelli  was taken to the Gil Ponce Palace of Justice, despite the appeals and arguments alleged by his defense to avoid appearing at the indictment hearing requested by the fiscal magistrate  Harry Díaz , in the process that is followed for the alleged commission of crimes against the inviolability of secrecy and the right to privacy, and against public administration (embezzlement).

The State Commission for Justice will deliver on Wednesday 27 June to the Executive Branch the report comments on the 20 candidates for  judges of the Supreme Court of Justice (CSJ), where will the replacements  Jerome Mejia and Oyden Ortega, whose periods expired on December 31, 2017.

The Comptroller General of the Republic, Federico Humbert , affirmed on Monday, June 25, that the entity he heads will “remain firm” in its decision to suspend the payment of Form 080 of the National Assembly (AN).

Members of several communities affected by the recent floods in the district of Panama met on Monday, with the capital’s mayor, José Blandón, at the Mayor’s Office of Panama.