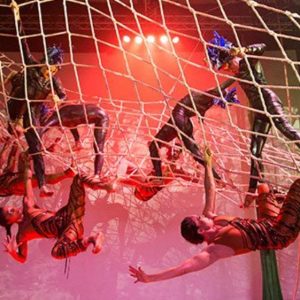 Firstly this morning we have with us Katherine Bucktron from Gramo Danse. We chat about Gramo Danse in general and the new fund crowding project to raise funds for 60 at risk childrean  (The project Danzarea gives scholarships to 60 at-risk children and teenagers in Panama to learn aerial and contemporary dance, and how culture can better their lives. Creativity, discipline, and concentration are encouraged in order to build their self esteem and values, and how to thrive regardless of situations of violence and other risks in their communities.) Check it out here.

In the last hour, as we do on a Tuesday the Feisty Foodie (Sara Solomon) joins us for a chat about food. Today the art of a good soup.

I love making soups for my kids because it’s a great way to get them to eat veggies!

The  National Assembly reported on Monday, March 26, through a statement, that the warning of unconstitutionality filed against an article of the  Transparency Law “was not admitted or remitted” to the plenary of the Supreme Court of Justice .

The Eleventh Criminal Court suspended yesterday, for the third time, the hearing of 12 people involved in a supposed corruption network, which operated within the National Penitentiary System, that granted inmates transfers, conditional freedoms and improvements in exchange for money.

The company Estrella Azul announced on Monday yesterday that after talks with the various parties they have decided to return to normal in the collection of grade A milk.

Some 8 thousand people who retired under special laws have been identified by the Ministry of Economy and Finance (MEF) and the Social Security Fund (CSS) so that they can receive the negotiable payment certificates of the second item of the 13th month ( Cepadem ).

Three out of ten clients of the Institute of National Aqueducts and Sewers (Idaan), at the national level, do not have a meter installed to measure the amount used from the water service.

The Panama soccer team will have today, their second trial by fire with a team from Europe, when they face Switzerland in a game that will enable coach Hernán Darío Gómez to continue to assess the level of the players.