Sara Solomon our Feisty Foodie joins me in the last hour today. Sara takes a look at food myths and has a go a debunking them… Like apparently Chocolate is not an aphrodisiac? Try rubbing it on!

The magistrate judge of guarantees  Jerónimo Mejía anounced yesterday, November 26, the opening of the trial of former President  Ricardo Martinelli for the alleged commission of crimes against the inviolability of secrecy and the right to privacy, and embezzlement.

At about 4:30 pm on Monday, November 26, the plenary session of the  National Assembly officially installed the extraordinary sessions with the presence of 41 deputies.

Ricardo Alberto  and  Luis Enrique Martinelli Linares will  appear before the US immigration judge, Adam Opaciuch , next Tuesday, December 4, at 8:00 a.m. 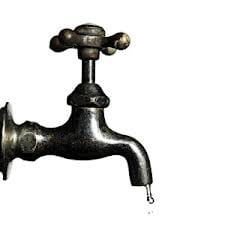 While in the state of Florida, the sons of former President Ricardo Martinelli must appear before a judge, a key witness must also testify against them, whose trail had disappeared since last year: lawyer Mauricio Cort.

The Federico Guardia Conte water treatment plant in Chilibre will suspend operations on Saturday, December 1, from 5:00 a.m. to 6:00 p.m., for preventive maintenance work.