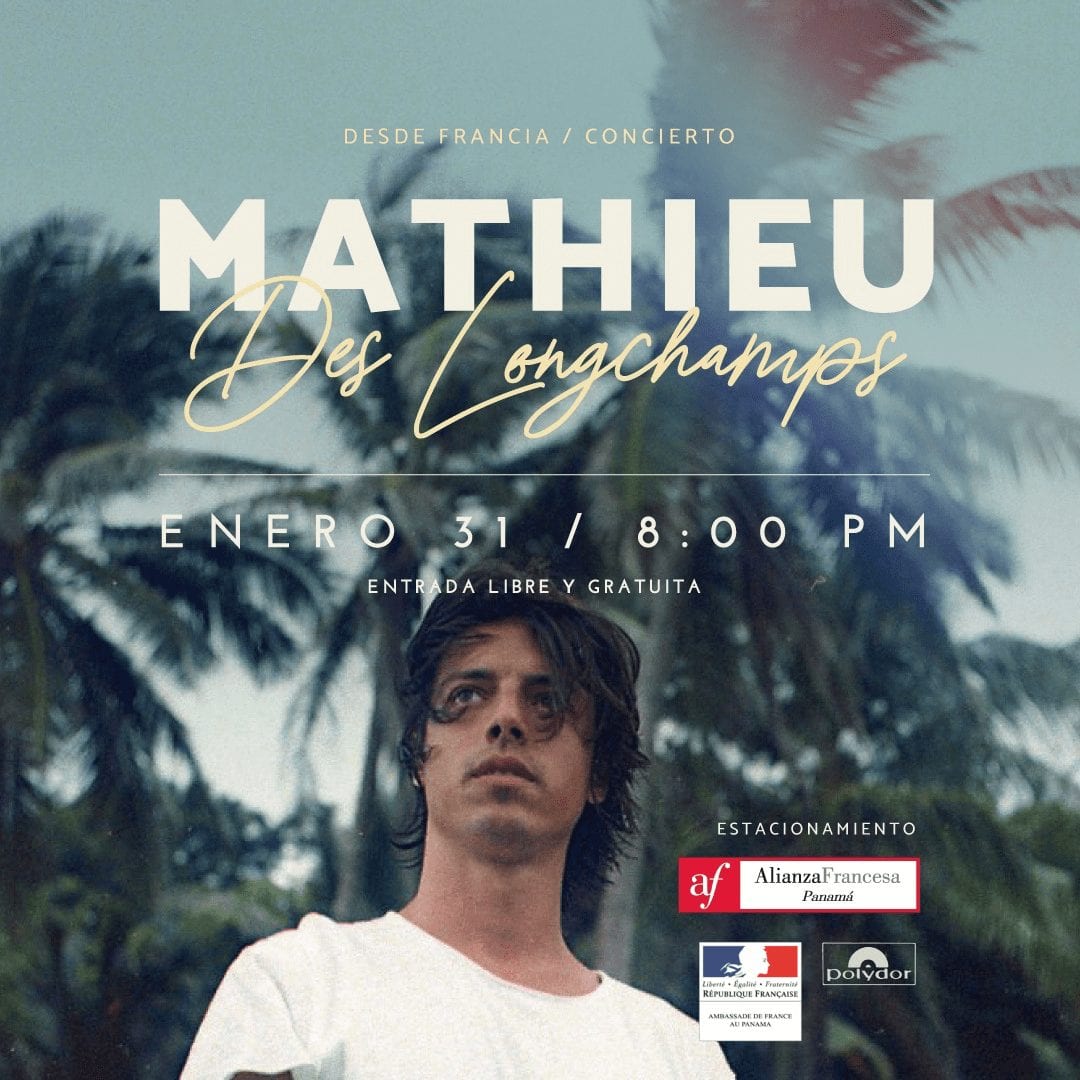 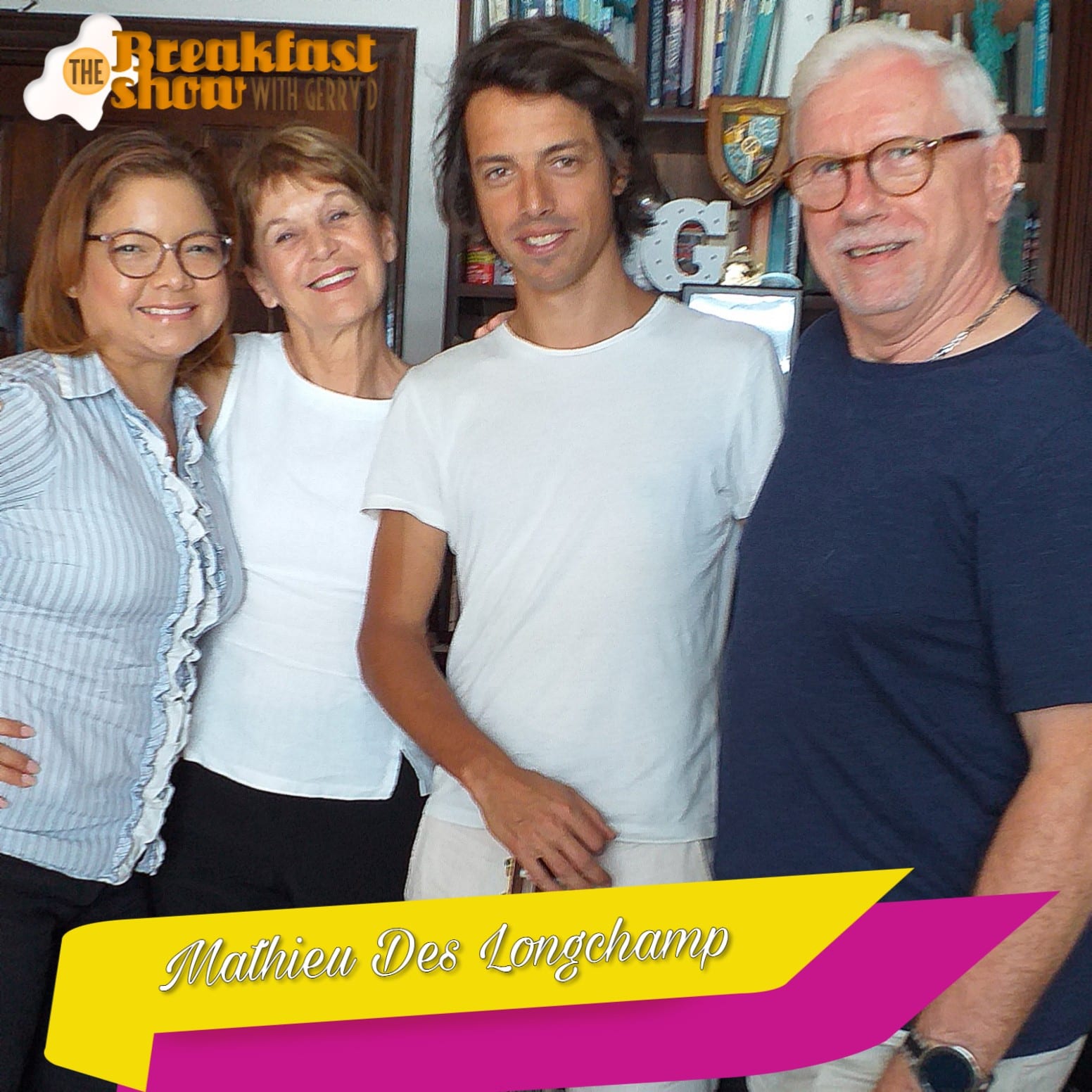 n the second hour today we have with us Mathieu des Longchamp, For the release of his album “I live in Panama” (recorded between Panama City and La Guaira), an adventurous journey was organized in order to shoot a documentary in the land of his childhood. The objective is that the  media can cover this journey for several days to promote the multicultural aspect of the project which will accompany the release of the album. 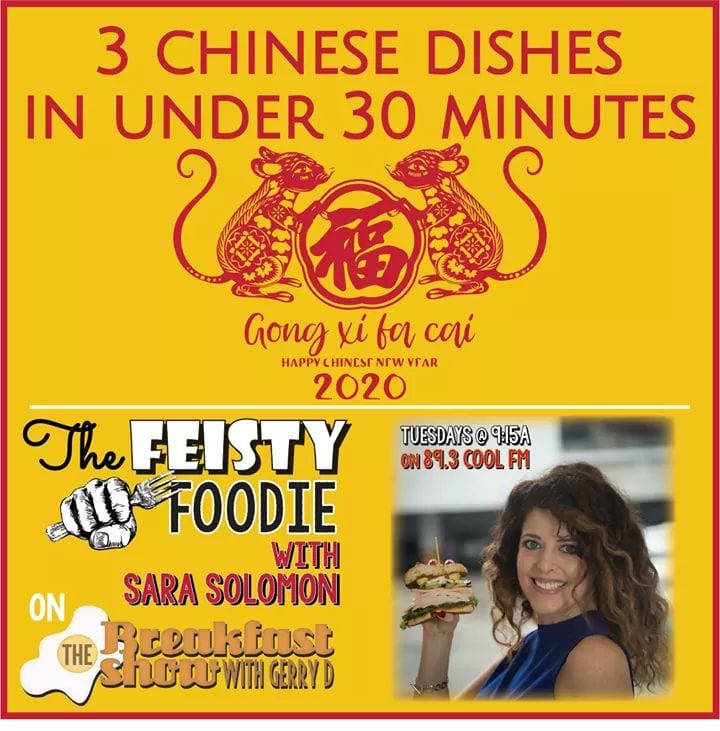 In the last hour hour as always on a Tuesday Feisty Foodie Sara is with us and we continue the theme of Chinese New Year with some Chinese recipes. Some fun and easy Chinese recipes for you to try at home!  You’re best bet if to use a wok, if you have one.

Note:  Traditionally, the Chinese do not add soy sauce to the rice. If you like, you can serve the dish plain, without the soy or oyster sauce.

TIP:  If you want to add some protein or veggies, so ahead, just make sure to cook them first and add them in at the end.  Fold to incorporate.

This recipe for Chinese stir-fry beef with three vegetables features an interesting contrast of textures and flavors that pleases both kids and adults. Marinated tender flank steak is stir-fried with bok choy, mushrooms, and red onion in a flavorful dark soy sauce with rice wine or sherry sauce. Not only is this delicious but, since the number three symbolizes prosperity in the Chinese culture (and there are 3 vegetables), it’s considered a lucky dish.

TIP:  I like to add bean sprouts (frijoles nacidos) for extra crunch and freshness, I add them in about 4 minutes before the dish is ready.

The Ministry of Public Works (MOP) decided to administratively terminate the contract, which it maintained with the Astaldi company for the extension of the Omar Torrijos road.

Overcrowding remains the Achilles heel at the José Renán Esquivel Children’s Hospital. This was announced by its director Paul Gallardo.

“We are going against the contracting company’s” of drivers who, under the influence of alcohol or other illegal substances, cause accidents such as the one that occurred this weekend in Gorgona, which left two fatalities and one seriously injured.

The Transit and Land Transportation Authority (ATTT) will put into operation 78 “cameras” to sanction drivers who commit infractions.

The evaluation commission that analyzed the proposals for the construction of line 3 of the Panama Metro ratified the results of its first report, which gave the Korean consortium HPH Joint Venture the best results.

A monitoring, reporting and verification of the subsidies and tax incentives granted by the Government was the proposal presented Monday, by the PRD Deputy Aliana González, before the plenary session of the National Assembly.

The plenary session of the National Assembly held on Monday, January 27, a solemn session in memory of the victims of the Holocaust , commemorating 75 years of the liberation of the Nazi camp at Auschwitz, Poland.