The Ministry of Health (Minsa) reported on the afternoon of this Monday, July 27, that in the last 24 hours, 28 new deaths from coronavirus and 1,146 new cases were reported. Since the first case of Covid-19 was registered last March, the total number of deaths has risen to 1,322 (2.15% case fatality).

The Panamanian bench informed the board of directors in the Central American Parliament (Parlacen) based in Guatemala, on Monday, that it will not proceed to swear in the brothers Ricardo and Luis Enrique Martinelli Linares as alternate deputies, detained in Guatemala at the request of the United States, for alleged conspiracy to launder money linked to Odebrecht.

The period to present proposals to modify Law 6 of 2002, better known as the transparency law, and Law 33 of 2013 that regulates the National Authority for Transparency and Access to Information (Antai) , is about to expire.

The Office of the Attorney General of the Administration considered that it is feasible to suspend the payment of representation expenses, subsistence allowances and other emoluments that some public servants receive, as long as this is done through a law.

Rolando López, former secretary of the National Security Council in the past government, appeared – on a voluntary basis – this Monday, July 27, 2020, before the Public Ministry, to make himself available for questioning. 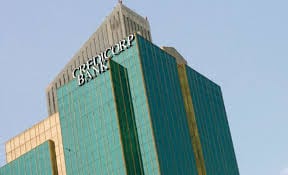 The former President of the Republic, Juan Carlos Varela , returned again this Monday, July 27, to the Special Anti-Corruption Prosecutor’s Office.

In its note of July 6, 2020, the rating company FitchRatings ratified Credicorp bank’s international rating BBB- (Investment Grade) and its local rating of AA (pan) F1 + , highlighting the quality of its assets and its profitability among the more important factors. Credicorp Bank, which has been operating for more than 27 years