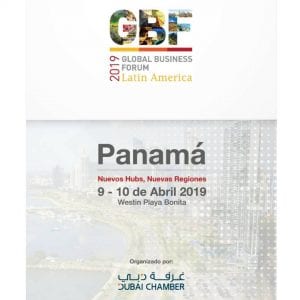 In the second hour today Mr Saad Ishtiaq from the Dubai Chamber of Commerce joins me to talk about the upcoming Global Business Forum Latin America here in Panama on the 9th and 10th of April. “Held under the theme “Next Hubs, New Regions”, GBF Latin America – Pan

ama 2019 will put the spotlight on new business opportunities opening up in Latin American, Caribbean and GCC markets which can be accessed through the strategic regional hubs of Dubai and Panama.” 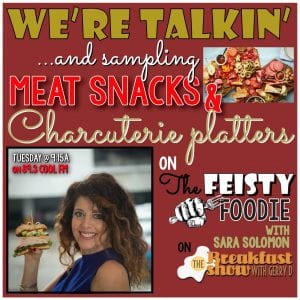 Feisty Foodie Sara Solomon from Solomon’s Deli is in the studio for this weeks foodie segment today the topic meat snacks, e.g. Charcuterie which is the art of preparing meats which are often cured or smoked such as bacon, ham or salami.  A charcutier is a person who prepares charcuterie and while the term is loosely translated in English to “pork butcher”, any kind of meat can be used.

In Guangzhou, the third most important city in China and where the majority of the Chinese community based in Panama comes from, the government of President Juan Carlos Varela inaugurated a consulate general.

Former President  Ricardo Martinelli and his legal team continued on Monday with the process of reviewing the evidence in the case of wiretapping.

The development of an oil terminal for ships on Boná Island is a subject that, in addition to being promoted by the Mayor of Taboga, also received the approval of the National Economic Council .

Due to the prolongation of the dry season in the country, the flow of most rivers has decreased, therefore, the  Institute of Aqueducts and Sewage Systems (Idaan) asks the population to “reduce the consumption” of potable water.

A group of farmers in the province of  Los Santos began feeding their livestock herds on Sunday, due to the scarcity of grass, corn and bagasse on their farms and in the region.

An earthquake of 5.2 magnitude was recorded on Monday, at 8:45 am in the province of Bocas del Toro.