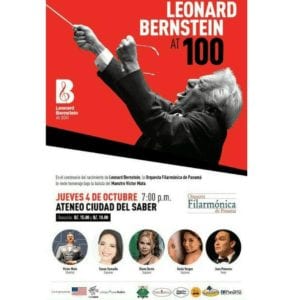 In the second hour of today’s program a welcome return to Victor Mata and a TBS hello to Daniela Amado. They are here to talk about a production on this Thursday in memory of Leonard Bernst 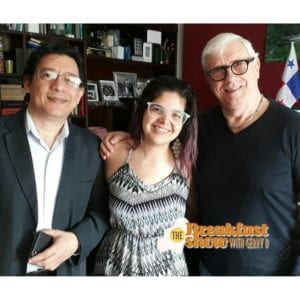 ein, “Leonard Bernstein at 100”. Probably one if not the leading composers of our time, probably mostly remembered for the music of West Side Story. 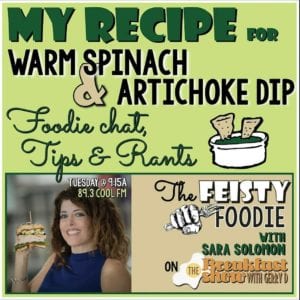 In the last hour it is quick appetizers with Feisty Foodie Sara Solomon. Not just talking about Spinach and Artichoke dip, Sara brought some with her so we live it!

Warm Spinach and Artichoke dip.  It’s easy, uses 1 pot and is great for the holidays!  Only takes about 15 minutes!

Sauté spinach and artichokes with garlic until tender, season with salt and pepper. Add cream cheese, stir until warm. Add in rest of ingredients and serve hot with garlic pitas or nacho chips.  Garnish with Parmesan shavings and red pepper flakes.

The circuit 8-8, where former President  Ricardo Martinelli won a candidacy for deputy in the Democratic Change primary , was one with the least electoral participation during the election day Sunday September 30.

The disciplinary board of El Renacer prison  imposes sanctions on former President Ricardo Martinelli, who has been preventively detained in this jail since June.

This Monday, October 1, the Great National Alliance for Humanitarian Assistance, made up of institutions, influencers of social networks and media to disseminate truthful information and prevention alerts for the benefit of the people.

The President of the Republic, Juan Carlos Varela , participated this Monday, October 1, in the implementation of Operation Shield and Lightning.

The General Directorate of Revenues (DGI) made on September 28 the first shipment of financial information of foreign customers to 31 countries, mainly European, following the standard of the Organization for Economic Cooperation and Development (OECD).

The National Theater meet yesterday, October 1,  110 years after it was inaugurated , however, a visit to the historic building would be impossible, since it is in the process of being restored.