According to the epidemiological report of the Ministry of Health (Minsa) of this Monday, August 30, in the last 24 hours, 7 deaths have been registered due to Covid-19. In addition, a death from previous dates is updated, bringing a total of 7,054 accumulated deaths due to the new coronavirus, for a lethality of 1.5%. In Panama, according to the Ministry of Health, there are 442,093 patients recovered from the disease and active cases total 7,890. While this Monday, 371 new positive cases were detected, for a cumulative total of 457,037. On the other hand, 5,033 tests were applied to detect those infected with the virus, maintaining a positivity percentage of 7.3%. Meanwhile, 7,500 people are reported in home isolation, of which 7,261 are in homes and 239 in so-called hospital hotels. In addition, 390 are hospitalized, of them 295 are in a ward and 95 are in intensive care units. 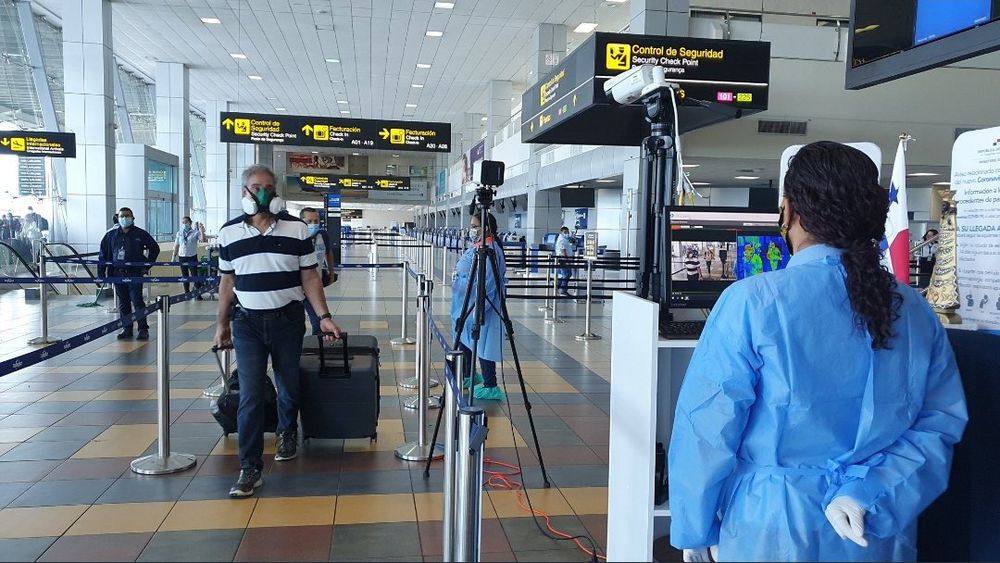 Panama eliminated the obligation to present Covid-19 tests and quarantine for travelers arriving in the country by air, sea and land, as long as the anticovid vaccine has been applied.The Ministry of Health (Minsa) published this Tuesday, August 30, in the Official Gazette , resolution 833 that establishes that all travelers will be exonerated from presenting any Covid-19 test, at any point of entry, provided that they have registered digitally or present your vaccination card with both doses (after 14 days from your last dose).

After five days of vaccination with the sweep strategy in eight circuits of the country, the Ministry of Health (Minsa) registered at least 300 thousand doses applied against Covid-19. According to data from the Minsa, up until Sunday 4.5 million administered doses were registered and it is estimated that within a week it will reach 5 million.

Prosecutors from several countries began this Monday, a regional meeting to discuss the fight against organized crime in the context of migratory flows, a situation that has worsened in recent months. Javier Caraballo, substitute attorney for Panama, said that this is a problem in the region whose only way to dealt with it effectively is through a regional approach.

A judge of guarantees determined the imputation of charges and issued precautionary measures against the alleged aggressor of the vice mayor of the district of Panama, Judy Meana . On Monday, at the hearing before Judge Óscar Carrasquilla, charges were filed against Remy Carreira, 40, for the alleged commission of crimes of gender violence and libidinous acts in aggravated modality.

The Secretary General of the Attorney General of Guatemala, Ángel Pineda, reported this Monday, that the extradition process of the brothers Ricardo Alberto and Luis Enrique Martinelli Linares to the United States is “in the final phase.” He explained that they formally received the extradition request for the brothers to go to Panama, but that according to “international regulations”, they will first attend the request that the United States presented, on July 3, 2020. Panama requested extradition one year later, in order to appear at trial for the payment of bribes in the so-called Blue Apple case. Recently, the First Court of Appeals of the Criminal Branch of Guatemala ruled against appeals filed by the legal defense of Luis Enrique Martinelli Linares, which would give the final green light to move forward with the delivery to the United States.

On the same day, two events called into question the country’s security policy: the murder of the alleged drug lord of Nuevo Veranillo, in the San Miguelito district, Ovidio Omar Castro, alias Tulip; and the capture in Costa del Este of José Cossio , leader of the Calor Calor gang, released from the Punta Coco prison by court order.

No Panamanian cyclist is going through a better sporting moment than Franklin Archibold, and this was confirmed Sunday when the Chiricano lifted the champion trophy of the 16 edition of the Tour of Panama 2021.