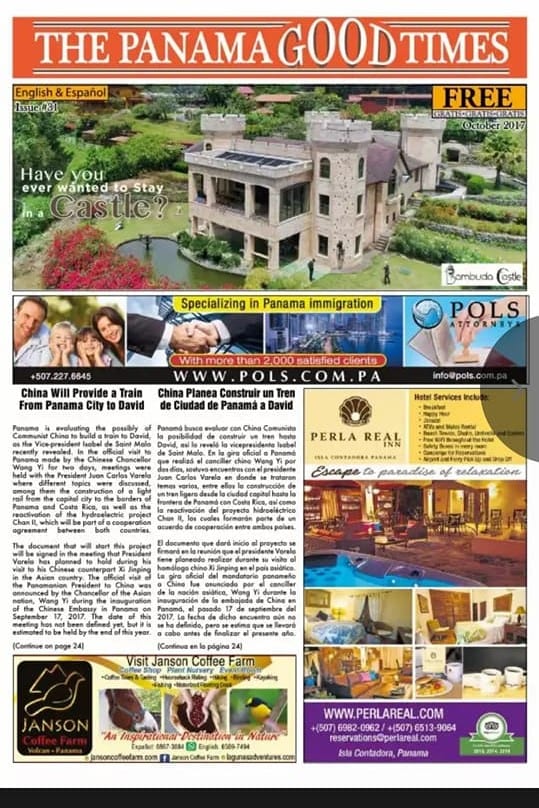 The Panama Good Times! Austin Hess is with me this morning as we take a look at some of the happenings here in Panama, some places to go and some places to eat!

The President of the Republic, Juan Carlos Varela reiterated on Monday, October 30, that the donations received by his campaign were reported to the Electoral Tribunal (TE).

The law creating the incentive program for forest cover and conservation of natural forests was sanctioned yesterday by the president, Juan Carlos Varela.

The president of the Republic, Juan Carlos Varela, announced that he will use the faculties granted by the Constitution to appoint three magistrates of the Supreme Court of Justice, and their respective alternates.

Members of the Union of Construction Workers (Suntracs) protested yesterday morning in the Supreme Court of Justice.

The Association of workers of the Directorate General of Income (DGI) announced starting today, a 24-hour strike. The measure is expected to start at 8:30 a.m.

The Trade Commission of the National Assembly, which debated draft bill 573 that modifies law 6 of 1997 regulating the energy sector, suspended the sessions until after national festivities.

In the framework of the celebration of the national holidays, the Social Security Fund decreed a green alert yesterday, which will begin to take effect at 12:00 noon on Thursday, November 2.