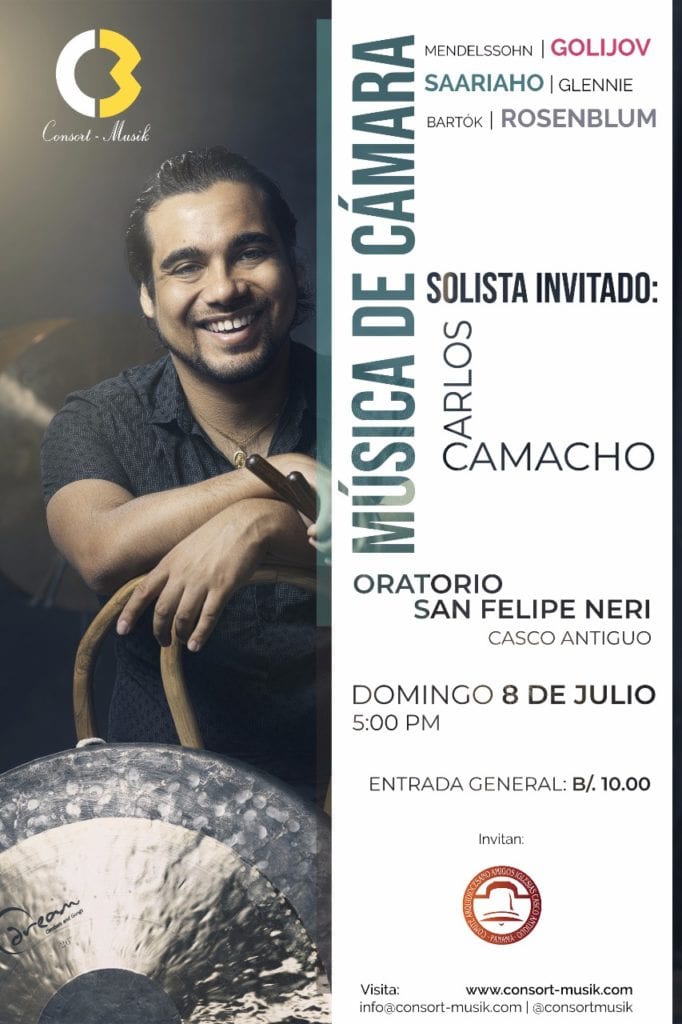 With me in the last hour of today’s program is Carlos Camacho and Ricardo Zúñiga classical musicians, Carlos percussion and Ricardo double bass. They will be in concert this coming weekend in Casco Antiguo click on the pic for more details. We talk about their art and what we can expect on Sunday.

The fiscal magistrate  Harry Diaz requested the rejection of the arguments for absolute nullity raised by the defense of  Ricardo Martinelli, within the process that is followed against former president for the alleged commission of crimes  against the inviolability of secrecy and the right to privacy , and against public administration ( embezzlement).

Although she still does not disclose information on the handling of the contracts and payrolls of the National Assembly, Yanibel Ábrego , deputy of Cambio Democrático, was re-elected yesterday as president of the Legislative.

In September 2019, the term of the Administrator of the Panama Canal Authority, Jorge Luis Quijano , concluded after 44 years of service. Along with Quijano, four other vice presidents reach retirement age.

The mayor of the district of Panama, José Blandon , presented on Monday, July 2, an account of his four years of management.