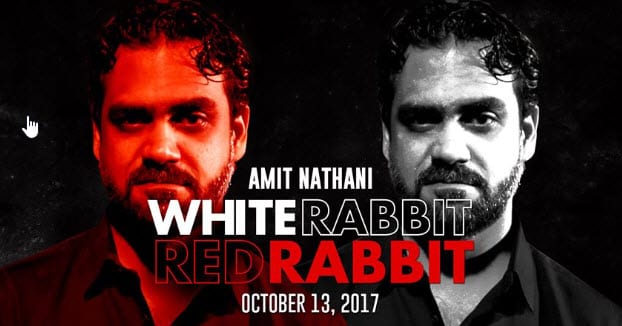 Amit Nathani is in the studio with me in the second hour of this mornings program, Amit will be performing “White Rabbit Red Rabbit” at the Theatre Guild of Ancon on the 13th October. It is a play put on on four different nights 13th, 14th, 20th and 21st of October. Each night is a different actor, non of which will have seen the script or have knowledge of the play until they walk on the stage. Take a listen to our chat this morning as we find out a bit more about Amit and the reason for taking on the role. Tickets? Click here.

In the last hour of today’s program? Well it is Tuesday and that means we look to healthy eating with Yoly de Sedas. The topic for today Carbs, it is not all bad news as we do need an intake of Carbs.

The Judicial Office of the Plenary of the Supreme Court of Justice (CSJ) scheduled for next Friday, October 13, the imputation hearing with regard to the investigation of former president Ricardo Martinelli for allegedly granting more than 350 irregular pardons.

Former President Ricardo Martinelli’s defense received another blow yesterday, after the US Supreme Court denied the Habeas Corpus petition filed by his lawyers for the purpose of reviewing Judge Edwin Torres’s decision to deny bail.

The second criminal court suspended the preliminary hearing scheduled for October 2, for the alleged commission of the crime against the economic order to the detriment of Financial Pacific.

A bill that proposes the creation of a tax on sugary drinks has reached the National Assembly.

The Public Prosecutor’s Office (MP) reported yesterday that a judge in the province of Colón admitted the request to submit the investigation for the murder of soccer player Amílcar Henríquez as a “complex issue”.

The director of the National Cancer Institute (ION), Dr. Aníbal Villarreal, indicated that the number of people with cancer is increasing. This was announced during the launch of the Cinta Rosada and Celeste campaign that carries the motto “Today We Celebrate life, Fighting Together.”

Yesterday, the Artistic Direction of the World Youth Day (WYD), reported on the opening of the applications to present artistic proposals in the framework of the Youth Festival to be held in 2019.