In the last 24 hours, Covid-19 disease has left 26 deaths in the country, according to the epidemiological report of this Monday, August 3, revealed by the Ministry of Health (Minsa) . The new deaths now bring the total, 1,497, which represents a case fatality of 2.2%.

The Ministry of Health (Minsa) launched an invitation this Monday, August 3, to companies that meet the requirements to quote for the cleaning and deep cleaning service of the hospital hotel facilities that house Covid-19 patients.

The governor of the province of Panama, Judy Meana, announced on Monday, that it began a preliminary investigation after the mayor of the capital district, José Luis Fábrega, was sanctioned for not complying with the total quarantine on Saturday. 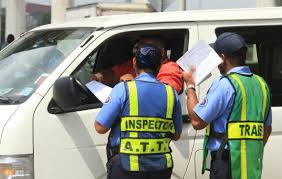 One thousand 572 people were detained in various parts of the country for not complying with the curfew decreed to decrease the cases of Covid-19 in Panama.

A criminal complaint before the Public Ministry was filed against former President of the Republic Ricardo Martinelli for the alleged commission of crimes against the administration of justice in the form of intimidation of public servants and advocacy of crime.

Former President Ricardo Martinelli has submitted now 12 warnings against different prosecutors of the Public Ministry so that he is not investigated.

A Google Mobility report , along with the daily cases reported on the Johns Hopkins University page , show that restricting people’s mobility doesn’t correlate very well with the behavior of Covid-19 disease cases., ex-director of the Gorgas Memorial Institute for Health Studies Néstor Sosa said in a tweet.

After the vandalism incidents last Saturday in the temporary shelters of La Peñita and Lajas Blancas, Darien province, the National Migration Service of Panama analyzes the possible deportation of the migrants involved in the events.