The Ministry of Health (Minsa) reported this Monday, January 3, that 5 people died from Covid-19 in the last 24 hours and updates two deaths from previous dates. With these deaths, the total number of people killed by the respiratory virus amounts to 7,440. Meanwhile, 1,363 new infections are registered, for a cumulative of 500,148 cases. In the last hours 9,290 tests were applied for a positivity of 14.7%. According to the Minsa, active cases total 16,046, of which 15,841 are in home isolation and 205 hospitalized. Those who are in isolation are divided into 15,618 at home and 223 in hotels. There are 174 hospitalized in the ward and 31 in intensive care units.Figures from the ministry indicate that the townships with the highest number of cases in recent hours are: San Francisco 104; Juan Diaz 82; Rufina Alfaro 61, Bella Vista 59 and Betania 56.

On Monday, the anticovid vaccination process in the country was restarted. This, after the pause on January 1 and 2. Since Operation Panavac-19 began, on January 20, 2021 until December 31, 6 million 297 thousand 894 doses of vaccines against Covid19 were applied, revealed the latest report of the Expanded Program of Immunization (PAI) . Of that total, 3 million 124 thousand 910 were placed in the first dose; 2 million 812 thousand 163 in second dose; 353,419 booster doses and 7,402 third doses to immunosuppressed patients. The PAI also announced that coverage of the target population to be vaccinated, over 12 years of age, reached 90.5% with a first dose and 81.4% with a second dose.

The Civil Aeronautical Authority (AAC) confirmed on the afternoon of this Monday, January 3, that three occupants of the aircraft that fell in the southern coastal area of ​​Chame were located. However, two of the five passengers on the plane are still missing, which is why the search and rescue operation continues. 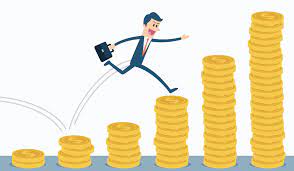 The state payroll  up to October 31, reached 255,496 officials at a monthly expense of $ 412 million in salaries, according to the most recent report from the Office of the Comptroller General of the Republic. Both numbers broke the record -in number of officials and amount in monthly salary of the State-, in relation to the previous months. In the accumulated of the first 10 months of 2021, the spending on payroll in the State was $ 3 billion 919 million or a growth of 8.4% against the same period of 2020. The figure represents almost twice the amount of $ 2 billion that the Canal gave the National Treasury as a contribution by tonnage and surpluses of the profits of fiscal year 2021. The figure contrasts with the $ 3 million that, according to President Laurentino Cortizo, public servants have voluntarily contributed from their salaries as donations, to contribute in the fight against Covid-19.

President Laurentino Cortizo fully fulfilled the purpose of the word report: more than half of his speech Sunday in the National Assembly was dedicated to listing a series of projects that his administration has launched during the last six months, but without context, depth, and not to mention that some started in the last government.

The Judicial Branch published the draft law that adopts the Civil Procedure Code of the Republic of Panama and enabled an email for suggestions and contributions (cendoj@organojudicial.gob.pa) before the document is presented to the National Assembly for its consideration. The reform proposal of the plenary session of the Supreme Court of Justice is made “in order to modernize and improve the management model of civil processes to resolve conflicts in reasonable times,” according to a statement from the Judicial Branch.

A group of Panamanian associations presented this Monday, January 3, a lawsuit of unconstitutionality against the modifications to the electronic billing law. Among the  plaintiffs’ complaints is the obligation to hire a computer program and impose a collection method. The lawsuit was filed because, according to the plaintiffs, it violates Panamanian professionals, artists and artisans.

The plenary session of the Supreme Court of Justice elected Judge María Eugenia López Arias as its new president on Monday afternoon, January 3. In addition, Judge Olmedo Arrocha was chosen as Vice President of the Court. The new president has held various positions in the administration of criminal justice, at the municipal and circuit levels. She was also an alternate magistrate of the Second Superior Court of the First Judicial District of Panama, a judge of the Twelfth Criminal Circuit Court and a magistrate of the Third Superior Court of Justice.

New questions arise with respect to direct hiring made by the National Assembly (AN), during the presidency of the deputy of Democratic Change (CD), Yanibel Ábrego. The president of Corporación Domi, Dorita Bolaños, who managed to win a contract for $ 46 thousand, according to PanamaCompra, said that they had not reached any contractual arrangement with the AN to give two “keynote conferences.” According to PanamáCompra, in October 2018, Ábrego authorized the “exceptional hiring”, but Bolaños affirms that after sending her quote, she was not contacted.

Although the General Directorate of Income (DGI) of the Ministry of Economy and Finance established December 31, 2021 as the last date for the payment of taxes without surcharge and interest, the institution extended the deadline to have this benefit until this Monday, January 3 . The extension of the term until this Monday, January 3, was granted by the DGI based on Decree No. 263 of December 23, 2021, which ordered to work from 7 in the morning to 12 noon on December 31, 2021.