Tuesday 5th September 2017. “Panama Good Times” and Thai food is good for you! 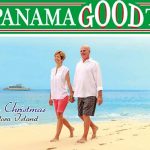 Catching up on the latest edition of  “The Panama Good Times” with Austin Hess. What is happening in the Islands and how is Panama’s tourism shaping up?

In the last hour Yoly brings in with her Stephanie Chang who has the Paraiso Resturant, specialty Caribbean and Thai Cuisine. Thai food is good for you!

After confirming the partial nullity of the investigation for the purchase of the radars, it was known that the Supreme Court of Justice (CSJ) did not admit a criminal case against former president Ricardo Martinelli, in the case of the Tonosí irrigation system.

The main dwelling of each person can benefit from the exemption of the property tax for the first $120 thousand of the cadastral value of the property.

Results of the Preventive Health Census, promoted by the Government, highlighted that 43% of the people registered suffer from obesity and overweight, while 38% present hyperlipidemia.

The Board of Directors of the Social Security Fund (CSS) approved on August 31, 2017 an addendum of $36.7 million to the contract for the construction of the City of Health.

The presentation of the documentaries “Viral” and “Reciclaje” was a success. They were filmed by women of the Cecilia Orillac de Chiari Women’s Rehabilitation Center (Cefere), who are part of the re-socialization program “Mi Voz para tus Ojos” (MVO).