The epidemiological report of the Ministry of Health (Minsa), of this Monday, reveals that in the last 24 hours there were no deaths from Covid-19 and there were 178 new infections, that is, 44 less than last Sunday. To detect new infections, 3,563 tests were applied for a positivity of 4.9%. Although there were no deaths in the last hours, one from a previous date was updated for a cumulative of 7,375 deaths for a fatality of 1.5%. Active cases total 2,888 and of these 2,788 are in home isolation and 100 remain hospitalized. Those who are in home isolation are divided into 2,702 at home and 86 in hospital hotels. Of those hospitalized, 87 are in the ward and 13 are in the intensive care unit.

After the new variant of the SARS-CoV-2 virus, known as Ómicron, was identified in South Africa, the Panamanian health technical team considered the “urgent” need to take the necessary actions to limit its entry into the country. This was expressed this Monday, December 6, by Lourdes Moreno, head of epidemiology at the Ministry of Health (Minsa), after several Latin American countries have already reported the first cases of the Omicron variant of Covid-19.

In the Official Gazette No. 29429 of this Monday, Resolution No. 2930 of November 26 of the General Directorate of Public Health was published, in which there is the list of countries confirmed “as very high risk” by Covid-19. In accordance with the resolution, Panama took into account the considerations of the World Health Organization and the appearance in African countries of the Omicron variant in preparing this list. Now on the list are: South Africa, Botswana, Eswatini, Lesotho, Mozambique, Namibia, Zimbabwe and Malawi. Furthermore, the resolution becomes effective as of its publication in the Official Gazette. On the other hand, through Resolution No. 2929 of November 26, the list of “high risk” countries for the new coronavirus was also updated. Americas: Cayman Islands, Barbados, Anguila, Bonaire. Europe: Greece, Austria, Czech Republic, Estonia, Serbia, Latvia, Lithuania, Slovenia, Hungary, Faroe Islands, Ireland, Montenegro, Croatia, Holland, Slovakia, Belgium, Bulgaria, Armenia, Ukraine, Jersey, Georgia, Guernsey, United Kingdom, Germany.

The admission of guilt by Luis Enrique Martinelli Linares of conspiring to launder money in the US financial system “must serve as conclusive evidence in the criminal proceedings being carried out in Panama.” “We hope that the National Government and the Judicial Branch take the necessary measures to make this happen and also to recover the money belonging to all the Panamanian people,” said this Monday, by the national directorate of the Panamanista Party, in which it refers to recent events that have captured the attention of the country. On December 2, Luis Enrique Martinelli Linares pleaded guilty to having participated, with his brother Ricardo Alberto and “others”, in a scheme to launder the bribes paid by Odebrecht through US banks. “With those 19 million they could build schools, health centers and generate employment for thousands of Panamanians,” said the board of the opposition political party.

The former president of the Republic, Juan Carlos Varela rejected -through a statement- the false accusations that ex-president Ricardo Martinelli has made against him in social networks, local media and internationally. According to Varela, former President Martinelli has used the decision made during his government administration not to continue the failed radar project to make “unfounded accusations” against him. Varela affirmed that he will face this “baseless campaign” in whatever means is necessary. He did not specify how he will deal with it. “The accusations and cowardly attitude of former President Martinelli only seeks to divert attention from the multiple cases of corruption he faces in Panama and other countries,” the statement concluded. 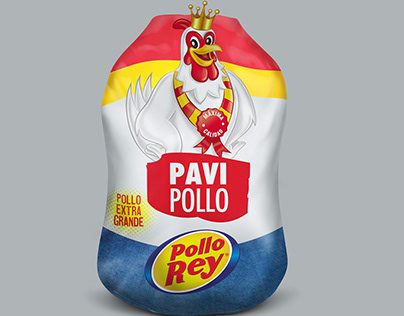 In the districts of Panama and San Miguelito, the approximate cost of the 2021 Christmas dinner, for four people, will depend on the type of meat that is selected as the main dish. This was reported on the afternoon of Monday, December 6, by the Authority for Consumer Protection and Defense of Competition (Acodeco), which reached that conclusion after monitoring the main supermarket chains. According to the entity, the “price survey” in several supermarkets was carried out on November 30 and details that the Christmas dinner will cost using ham 71 dollars and 89 cents. Whereas when using turkey the price will be 69 dollars with 68 cents; with pavipollo 63 dollars with 67 cents and with chicken 58 dollars with 87 cents.

After the strong impact experienced in 2020 as a result of the restrictions imposed by the Government on mobility and commercial activity, the new car market is reviving up in 2021, with sales that exceed the expectations of the industry itself. Between 2019 and 2020, the market contracted by 49.7%, after going from 47,866 sales to 24,091. Virtually half as many cars were sold in 2020 as in 2019. Taking into account that the average number of cars sold each month in 2021 is 3,084 and the momentum that the fair usually gives, the industry expects to comfortably exceed 37,000 units sold at the end of the year, thus exceeding the previous expectation of 35,000. If this estimate is met, in one year more than half of the ground lost in 2020 will have been recovered, and the industry would close with some 10,000 fewer cars sold than in 2019, a year that was marked by the slowdown in the economy.