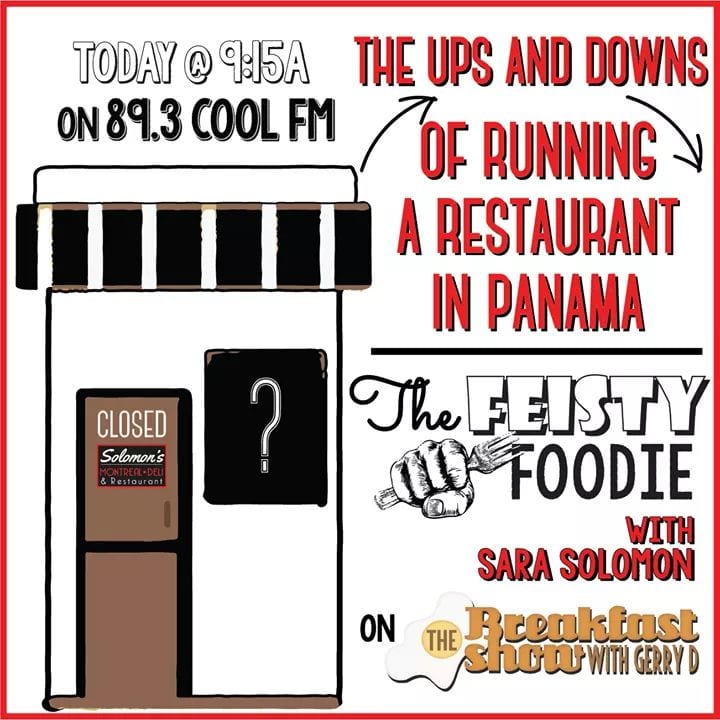 Feisty Foodie Sara Solomon is with us this morning, the first time in the new year. As Solomon’s Deli has to sadly close its’ doors we talk about the difficulties of doing business in Panama especially in the restaurant sector.

The Comptroller of the Republic, Gerardo Solís, instructed yesterday Monday, the National Directorate of General Audit to audit the process of the purchase of hams by the Institute of Agricultural Marketing (IMA) for the Naviferias.

The director-general of the Hospital del Niño, Paul Gallardo, announced that he considers it convenient to carry out a new public tender for the construction of the headquarters of the hospital.

The Administrative Court of Public Procurement resolved one of the two pitfalls that forced the Comptroller General of the Republic to postpone the general population census to be carried out on May 24, 2020.

The Ministry of Public Works (MOP) awarded to the Proyeco-Ingeotec consortium the consultancy for the urban design of the streets of Isla Colon, Boca de Drago, Bluff Beach and the renovation of Simón Bolívar Park, all in the province of Bocas del Toro. The tender had a reference price of $ 898 thousand.

The assets of the international banking center reached $ 121,825 million at the end of October 2019, a figure that represents an increase of 2% or $ 2,433 million compared to the previous year.

he ETESA Office of Forecasting and Meteorological Surveillance announced a strong high-pressure system, coupled with the displacement of a new cold front in the Caribbean. These events are generating windy conditions in different provinces of the country.