Tuesday 8th August 2017. You, me and the music this morning. 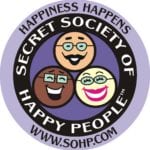 No guests this morning, Yoly could not make it… So you me and the music, a rummage around the Internet. Oh Yes today is Happiness Happens Day!

For the alleged commission of the crimes of corruption of public servants, scam and falsification of documents, the Special Prosecutor asked the Judiciary to call 11 people, including officials of the Penitentiary System, prisoners and other individuals, for allegedly being part of a network that charged illegally for granting freedom, transfers and commuting of sentences to prisoners, among other benefits.

The historian and now aspiring independent presidential candidacy Ana Elena Porras considers that Panama, as a democratic country, needs to have an informational balance, which is put at risk if La Estrella de Panama disappears.

Congressman José Muñoz officially left the ranks of the Cambio Democrático (CD) party after 10 years in the  group, which was founded by the former president Ricardo Martinelli, currently detained in Miami.

These applications are submitted by people who face some kind of persecution for which they must leave their country, whether threats to their race, religion, political opinion, social group or gender.

The insurance company ASSA announced the acquisition of the subsidiary in Panama of the Italian Assicurazioni Generali S.p.A. (Generali Panama).

“My circuit needs support and my duty is to manage that too.”