The Ministry of Health (Minsa) reported this Monday that in the last 24 hours in Panama, 376 new cases of Covid-19 and one death were registered. According to the epidemiological report of the Minsa, the 376 positive cases were the result of 6,280 tests applied for a positivity of 5.9%. Since the pandemic reached the country in March 2020, 382,851 confirmed cases have accumulated. In addition, it is specified that in the last 24 hours a death was registered and one of previous dates is updated. Accumulated deaths total 6,404 for a fatality of 1.7%. Regarding the active cases, it is reported that to date there are 7,794. There are 7,345 in home isolation, of which 6,960 are at home and 385 in hotels. Regarding the hospitalized, it is detailed that there are 449, of this number 383 are in the ward and 66 are in intensive care.

The Deputy Minister of Health, Ivette Berrío, has again alerted the population that the country could face a third wave of Covid-19 if sanitary measures are neglected to prevent the spread of the virus. Berrío stressed that in recent weeks acceptable numbers and percentages of transmission have been registered, compared to other countries, but that an increase in new cases has emerged in specific regions and sectors.

In the vaccination center installed in the José Daniel Crespo school, in the province of Herrera , it is expected to apply some 5,000 doses of vaccine against Covid-19 , from the pharmaceutical house Astrazeneca.

The Comptroller General of the Republic reported this Monday, June 7, that after an audit it was determined that the Panama Colón Container Port company does not comply with the investment plan and payment of royalties to the State.

Panama Colón Container Port Inc. (PCCP), a subsidiary of the companies Shanghai Gorgeous Group and Landbridge Group, has a contract with which it can occupy 37 hectares and is designed to receive Panamax, NeoPanamax, Super Post-Panamax and Multipurpose Vessels.

Considering it inconvenient, the President of the Republic, Laurentino Cortizo, objected to bill 51 on the creation of the National System for the Official Registry of Sex Offenders .

The National Institute of Professional Training and Training for Human Development (Inadeh) announced that this year it will expand the offer of courses in the area of ​​language training, starting with teaching courses in Mandarin and Portuguese. 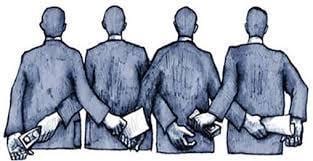 Of the eight indicators used to prepare the Institutional Quality Index 2021, Panama’s worst result was recorded in the one linked to the perception of corruption, taken from Transparency International data. The country ranked 58th in the 2021 Institutional Quality Index and eleventh within the American continent. This classification is formed from two sub-indices, one that measures the quality of political institutions and the other on market institutions. In economic and market issues, Panama ranks 53rd in the world and fifth on the continent, favored by the dollar and more open than in other countries. However, in the sub-index of quality of political institutions, the country occupies position 78 in the world and 19 in America.