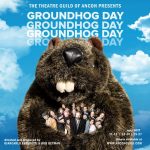 In the second hour today Rob Getman, Kelly Walsh and HB Twohy from the Theatre Guild of Panama come in to talk about “Groundhog Day” which starts this week. 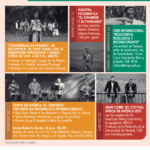 In the last hour we chat with Cesar Robles and Leila Nilipour from the Cultural department of the Municipality of Panama to take a look at their initiative of Africa in America 2017. Three weeks of activities to celebrate the contribution of the Afro American population to Panama.

The presidential candidate for the Democratic Change Party (CD), Rómulo Roux, called attention to the fall in agro-exports and the abandonment of the small producer, calling the government’s agricultural policy a failure.

The government of Panama estimates that its revenues will grow 42.5 percent over the next five years.

Same-sex marriage, support for abortion and a secular state are the objectives of a group of Panamanians who promote the creation of a political organization that supports the interests of the LGBT community (lesbians, gays, transsexuals and bisexuals).

In a country like Panama, where shops give away plastic bags, proposing a law to ban them and replace them with other biodegradable ones is daring.

The high concentration of sediment in the middle basin of the Estivaná River is the main cause of problems at the Llano de Piedras water treatment plant, in Los Santos.

In the framework of Black Ethnicity Month and the International Decade for Afrodescendants (2015-2024), will take place the second version of the “Africa in America: Resilience, Resilience, Recognition” Festival, organized by the mayor of Panama