The accumulated cases of Covid-19 in Panama increased to 328,476 , after 822 new infections were registered this Tuesday, February 9.  In the last 24 hours, 20 deaths occurred, bringing the total number of deaths from this disease to 5,531, reported Leonardo Labrador, head of Epidemiology at the Ministry of Health (Minsa). 5 deaths occurred in previous days were added. New cases were detected after 8,030 tests were applied, which yielded a positivity of 10.2%. The hospitalized people are 1,706, of which 1,500 remain confined in ward and 206 in intensive care units, reported the Minsa. The effective reproductive number of cases (Rt) or average value of the contagion rate went from 0.77 to 0.80. The ideal of the effective reproductive number of cases is 1 or less than 1.

The Director of the Institute of Legal Medicine and Forensic Sciences (Imelcf) José Pachar revealed that during 2020 a total of 80 thousand expert opinions were given, among which are 2,166 autopsies, 25,780 evaluations, 9,551 criminalistics tests and within that period 151 people died from Covid-19.

The San Miguelito Regional Health Directorate reported that this district of the province of Panama currently handles 1,084 active cases of Covid-19. In presenting a report to the Municipal Council, regional director Yartizel Ríos reported that since the pandemic reached the country, the district has accumulated 33,962 confirmed cases.

The former deputy of the Democratic Revolutionary Party (PRD) and leader of collective transportation in the eastern sector of Panama, Diógenes Vergara, was assassinated this Tuesday, police sources confirmed.

This Tuesday, February 9, the National Charity Lottery (LNB) and the Presidente Remón Racetrack in Juan Díaz will be able to resume their activities. 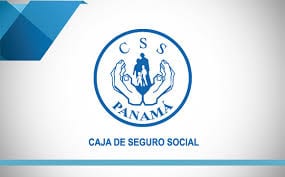 The director of the Social Security Fund (CSS), Enrique Lau, raised a flag regarding the government’s position in the dialogue that began Monday and with which it is expected to guarantee the sustainability of the pension system. “The President of the Republic was the first to address this point, and say that among the solutions that his Government is considering are not parametric measures and there should not be any action that is required of taxpayers to put their hand in their pockets “, he claimed.

The Comptroller General reported this Tuesday, February 9, that the contract for the construction of Metro Line 3 was endorsed for an amount of $ 2,844,096,495.89 and that it will unite the provinces of Panama and Panama Oeste

The festivities of Jesús Nazareno de Atalaya, which include public events such as pilgrimage and other religious celebrations, have been suspended, informed the bishop of the Diocese of Santiago de Veraguas, Audilio Aguilar.

At least 23,000 students are in the process of entering the University of Panama (UP) for the first time this year , a figure higher than usual, reported this Tuesday, February 9, the General Directorate of Admission.